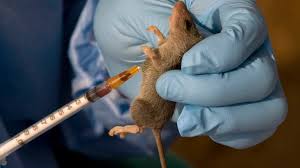 The Nigeria Centre for Disease Control (NCDC), disclosed on Monday that, 797 confirmed cases of Lassa fever have been reported in 23 states and the Federal Capital Territory in 2022.

According to the NCDC, the confirmed cases are in addition to the 5,097 suspected cases reported across 99 local government areas.

The centre’s latest situation report on the disease, as of June 19, 2022, indicated that 158 deaths had been reported.

Lassa fever is a viral haemorrhagic fever and an acute viral illness. This zoonotic disease has a high morbidity and mortality rate, as well as economic and health security implications.

The highlights of the report showed that, “In week 24, the number of new confirmed cases increased from seven in week 23, 2022 to eight cases. These were reported from Ondo, Edo, and Plateau States.

In total for 2022, 24 states have recorded at least one confirmed case across 99 local government areas.