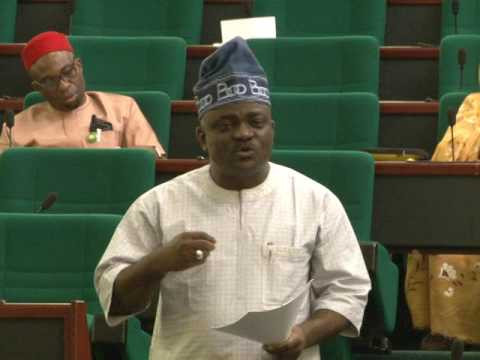 Nigeria’s Federal lawmaker, Hon Busayo Oluwole Oke has described the lingering strike by the Academic Staff of the Nation’s public Universities under the umbrella of Academic Staff Union of Universities(ASUU) as a national embarrassment.

In a statement issued by the lawmaker in Abuja, he said that the impasse between ASUU and the Federal Government which had led to the closure of the Nation’s public Universities for several months  for now and with no end to the crisis on sight should be a source of concern to all and sundry

The lawmaker suggested that the National Assembly currently on annual recess should be reconvened immediately to end the strike without further delay.

“It is affecting our children adversely. Aside from affecting their health, some may take to social ills, they are our future, as parents and government we are duty bound to provide them with qualitative and sound education for them to function optimally. The Parliament should re convene to deal with this issue if the standing committee on Tertiary education, Ministry of Labour & Employment can not resolve the matter them the whole National Assembly should reconvene immediately to tackle the menace, so that the students can resume academic activities immediately.

“Nigeria as a nation is becoming a laughing stock before the international Community, we have to stop the ugly trend, we have no other country to call ours apart from Nigeria, if we fail to rise against this situation and proffer a workable solution that will end the strike, history will judge us negatively because our unborn generations will read it in history that we failed to do what was expected us to resolve the crisis,“ hon Oke said.