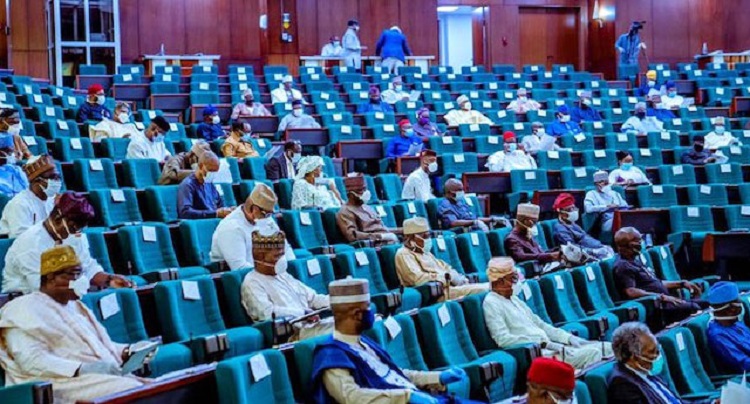 Members of the House of Representatives have tasked the Federal Government on the need to fast-track the Geophysical Survey/Seismic Data Acquisition with a view to ascertaining the availability of Hydro-Carbon in commercial quantities in the Bida Basin of Niger State.

The lawmakers passed the resolution during the debate on a motion sponsored by Hon. Saidu Abdullahi who solicited the House’s intervention towards ensuring the timely completion of the project.

In his lead debate, Hon. Abdullahi, who expressed optimism that Nigeria has the potential to become the leading oil reserve country in the African continent, applauded efforts made so far by the present administration.

The House is aware that the Group Managing Director (GMD) of Nigerian National Petroleum Corporation (NNPC) during a visit to the Executive Governor of Niger State, His Excellency, Alhaji Abubakar Bello to unveil the 2D Seismic Data Acquisition in the Bida Basin in 2020, announced that the NNPC had commenced oil exploration activities in the Area and that the exploration could add 40 billion barrels to Nigeria’s oil reserves by 2023.

“The House is also aware that the Group Managing Director of Nigerian National Petroleum Corporation responsible for the Frontier Exploration Services in 2020 noted that in-depth Geological and Geochemical studies revealed a strong presence of hydrocarbon-bearing indicators confirmed as oil and gas-bearing formations.

“The House is cognizant that the Seismic Data Acquisition Contract on the identified areas to determine the volume of the hydrocarbons in the Bida Basin was awarded to Integrated Data Services Limited and the China National Petroleum Corporation International Nigeria Limited by the NNPC Management.

“The House acknowledges that the discovery of oil in another region of Nigeria is good news for the country’s energy sector and that if the volume of oil in the Bida Basin is established and exploration activities commence fully, Nigeria may, in the near future, overtake Libya, the country with the largest oil reserve in Africa.

“The House is expectant that the Federal Ministry of Petroleum Resources and its relevant Agencies would expedite action for the continuation of the oil exploration activities at the Bida Basin Niger State and other Basins in the country.

“The House is further aware that President Muhammadu Buhari has directed the NNPC Management to fast-track oil exploration across the Country, following Shell’s discovery of hydrocarbons in the Chad Basin and Kolmani River, while the NNPC heeded President Buhari’s directive on the Chad Basin as the people of Niger State are anxious about the slow pace of oil exploration activities in the Bida Basin,” he noted.