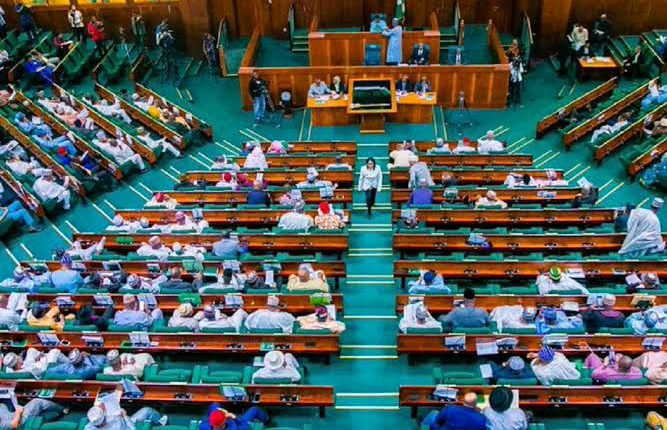 The Nigerian House of Representatives has resolved to investigate the Execution of the Memorandum of Understanding between the Ministry of Communications and Digital Economy through the Galaxy Backbone and the Chinese Government for Fibre Infrastructure across the Country.

This was sequel to unanimous adoption of a motion by Honourable Mzondu Bem at plenary in Abuja.

It also also observes that following the Memorandum of Understanding, Huawei Technology Limited is expected to design, manufacture and deploy the kit that controls Data movement across all Ministries, Departments and Agencies in the country.

According to the motion, as part of the agreement, the relevant Committee of the House and the National Assembly at large approved about four hundren and seventy five million dollars credit facility for the various Phases of the Project(s) to be made available by China’s EXIM Bank;

The House noted that it was also aware that Phase 1 of the Project which spans 13 States across the South East, South-South, North-Central and South-West Zones of the country has been completed and commissioned.

The House expressed Concerned that all through the execution and completion of Phase 1 of the Project funded by part of the credit facility, Galaxy Backbone and to a large extent, the Ministry of Communications, have frustrated efforts to oversight progress of the Project.

“Also concerned that Galaxy Backbone Limited had made claims that the completion of Phase 1 of the Project is expected to reap revenue to the tune of billions of naira for the Government. It was Worried that whereas there has been no oversight to ascertain the level of the job done and verify claims of revenue generated by the Agency, there is a current bid to access an additional $328 million N126.7 billion credit facility to develop the NICTIB Phase II which covers 19 Northern States,” the motion reads.

The House stressed the need to ensure judicious use of the nation’s commonwealth while ensuring the government’s ICT policy is implemented according to every aspect of statutory provisions guiding the execution of the project.

The house thereafter mandated the Committee on ICT to investigate the status of implementation of Phase 1 of the project including a forensic audit on relevant transactions for the purpose of executing the National Information Communications Technology Infrastructure Backbone NICTIB projects 1 and 2.

The House also urged the Galaxy Backbone Limited and Ministry of Finance to immediately halt all certificates of completion and payments, in lieu of the project, pending the completion of the investigation by the Committee.