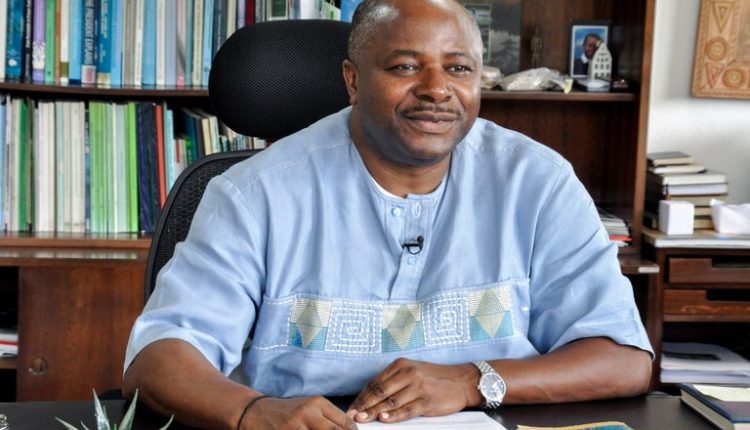 The Director-General of the International Institute for Tropical Agriculture (IITA), Nteranya Sanginga, says leadership is the greatest impediment to agricultural revolution and transformation in Nigeria and Africa.

The DG made the call on at a media conference organized as part of the activities to celebrate the end of his 11-year tenure as the DG.

He cautioned African leaders against politicising decisions that affect the sector, urging them to increase commitment and political will to make the needed change.

“Leadership is the major problem. If I want to give an example, when I became DG in 2011, I was lucky to have my friend [Akinwumi] Adesina as the minister of agriculture and in 5 years, he changed the face of agriculture and when he was replaced, his successor basically somersaulted all his policies and all that he did between 2011 and 2015 went down the drain. So, yes, the major constraint to agricultural transformation is leadership,” Sanginga said.

“Sometimes you find heads of state who claim that agriculture is a priority but when you look into the budget for agriculture, it is almost nothing. In Nigeria here, it is barely two percent, so how can you say it is a priority?”

However, Sanginga, said there is hope as some African leaders “have come to the understanding that agriculture is the way to go”.

Specifically he said for Africa to be able to feed itself and the rest of the world, the continent must go beyond exporting raw agricultural produce, advising that African leaders should start engaging secondary school students actively in agriculture and not wait till they get to tertiary institutions.

“Start instilling in their minds that agriculture is business, not punishment,” he said.

Sanginga, a Congolese and the first African to lead the institute, said when he assumed office in 2011, he met a weak and minimally productive IITA.

He added that through his “people first” policy, he was able to regain the trust of the staff and improve their working conditions, and in return, they and other stakeholders were able to perform optimally and give their best to the institute.

He stated that having identified the impact gap from the institute’s research, a lot of projects were instituted across various states in Nigeria and African countries, one of which is the Start Them Early Program (STEP), a youth agripreneurship initiative that opens up opportunities for youths in agriculture.

“As the first African DG of IITA, I brought to the fore the energy and the vibrancy of a true son of Africa, encouraging developments which are linked to the big African organisations – the African Development Bank, the African Union, FARA, and others, while at the same time maintaining IITA’s brand as a premier, world-quality research institute working in Africa,” he said.

“My leadership tenure has strategically positioned the institute to contribute to achieving 150 million fewer hungry people, 100 million fewer poor people, improving food and nutrition security, as well as improving natural resources and ecosystem services as part of the CGIAR Strategy 2016-2030.”

Furthermore, Sanginga said he will continue to contribute his quota to agricultural growth and expansion in Africa through the Nigeria-DRC Business Forum, a recently formed partnership which has him as president.