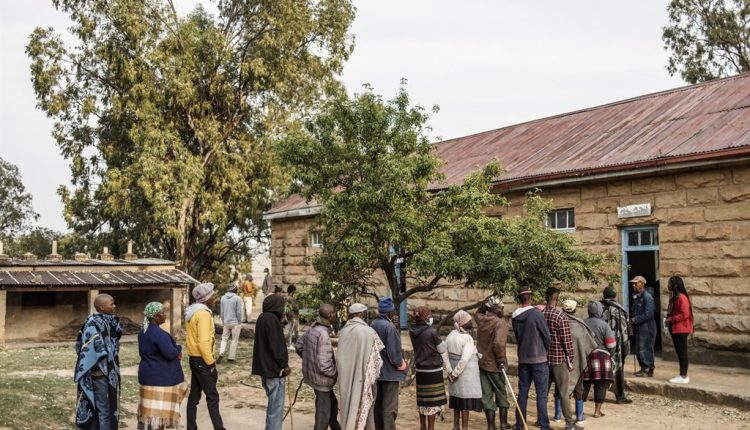 Voters in the southern African kingdom of Lesotho cast their ballots in parliamentary elections Friday.

Lesotho has been governed for the past decade by a string of coalition governments that have proved fractious and frail, and no premier has served out a full five-year term.

“It is very likely that there will be a coalition again,” said Liesl Louw-Vaudran, a researcher at South Africa’s Institute for Security Studies (ISS), in Pretoria.

Surrounded entirely by South Africa, which heavily depends on it for water, Lesotho is a mountain kingdom of two million people nicknamed the “Kingdom in the Sky.”

The capital Maseru was quiet on Thursday evening, lulled by taxis humming in the streets and vendors chatting under large umbrellas set on the sides of the main road.

Only 47 percent of registered voters bothered to cast their ballot at the last elections in 2017.

“I have never voted, and I am not willing to vote,” said Dineo Moketsie, a 32-year-old teacher angry at politicians who he said have done nothing to better living conditions in the country.

“I just feel that it’s a waste of time”.

The outgoing government is led by the All Basotho Convention (ABC). But current Prime Minister Moeketsi Majoro is not seeking another term, after being ousted as party head earlier this year.

His predecessor Thomas Thabane was forced to step down in 2020, after being accused of ordering the murder of his estranged wife. Charges against him were dropped in July.

The ABC’s new leader, former health minister Nkaku Kabi, will square off against an array of contenders.

More than 50 parties are in the running.

“People still believe in our movement and we’re going to win,” said Kabi, 49.

His main challengers include Mathibeli Mokhothu, who heads the Democratic Congress, Lesotho’s second largest party and Sam Matekane, a millionaire believed to be the country’s richest man who could be a dark horse, according to analysts.

“Our country is sinking. So, we have to try and save (it),” Matekane said.

His party, “Revolution for Prosperity”, dwarfs most of the others in terms of resources, said Rataibane Ramainoane, a political adviser to the government.

“Its presence is being felt across the country,” he said.

Still, no one is expected to win outright, darkening prospects of much-needed reform, said Seroala Tsoeu-Ntokoane, a political analyst at the National University of Lesotho.

“Coalitions are a source of instability because they’re formed with political parties with not much to hold them together, no mutual policy platform, no mutual respect,” she said.

The outgoing parliament failed to pass a law aimed at strengthening political stability, by banning lawmakers from switching party allegiance within the first three years of their tenure.

The 120-seat parliament is chosen by a mixed electoral system — 80 lawmakers are voted in by constituents, while another 40 seats are distributed proportionally.

International observers will monitor the vote. Results are expected next week.