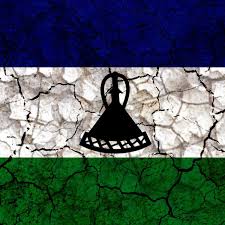 Lesotho To Hold Election After Years of Instability

Lesotho will hold a parliamentary election on Friday, amid failures by its politicians to pass constitutional reforms meant to end years of political instability in the southern African mountain kingdom.

The All Basotho Convention (ABC) has run the country since 2017, but divisions within the party have given it two prime ministers over five years – one of whom, “Thomas Thabane, stepped down in 2020 after being charged for the murder of his ex-wife.”

He denied any wrongdoing, and the ‘charges were later dropped.’

The ABC has selected another leader, former health minister Nkaku Kabi, to contest the ticket, after he defeated Majoro in a party vote in February.

Lesotho’s Endowments
Surrounded on all sides by a South African mountain range, “Lesotho’s cool lakes and springs are a vital source of freshwater for its giant and parched neighbour, supplying the taps of its commercial capital, Johannesburg.”

Lesotho has seen four military coups since independence from Britain in 1966.

Opposition riots in the capital Maseru in 1998 prompted South Africa to deploy troops to restore order.

In 2014, gunshots were heard in the capital, Maseru.

Then prime minister Thabane “temporarily fled” the country, accusing the military of overthrowing him, which forced South Africa to mediate to restore order and allow his return.

The proposed constitutional reforms would have amended everything from the “role of political parties, to rules over floor-crossing in parliament, the appointment of senior officials and the role of the prime minister.”

The aim was to make Lesotho less prone to political logjams when disagrememnts occur. But lawmakers failed to agree on them in August and they failed to pass.