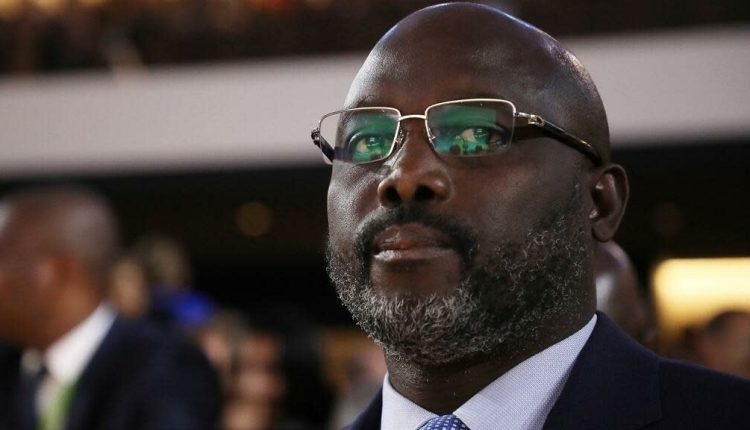 Liberian President under pressure from US charges against officials

Liberian President George Weah has come under pressure a year ahead of the presidential election for his inadequate response to the indictment of three senior officials for alleged corruption and embezzlement by the country’s major US ally.

The US administration threw a spanner in the works of Liberian politics by announcing in August sanctions against the man who serves as President Weah’s chief of staff and two other men, whom it accuses of wrongdoing.

The charges highlight the endemic corruption that plagues the poor West African country, ranked 136th out of 180 by the anti-corruption NGO Transparency International in its 2021 report.

The US State Department describes “widespread government corruption” as an obstacle to investment and development that fuels, for example, the lack of electricity and roads, in a report on the business climate in Liberia in 2022.

The fight against corruption as well as the fight against poverty was one of the main promises that contributed to the election of the former football star in December 2017.

In his inaugural speech in January 2018, George Weah said he had been given “a mandate to end corruption in public service”. “I promise to honour that mandate,” he said.

However, his presidency has been troubled by a number of scandals.

Mr Weah decided to suspend the three officials involved. He considers the charges against them “serious”, a statement issued by his office said.

A simple suspension “is not enough,” said main opposition leader Alexander Cummings, “nor is it enough to protect the president from the growing perception among the people that he is involved in high-profile crimes,” he added.

“This should not be just another case,” said Regional Watch for Human Rights, a human rights NGO, in a statement urging Mr Weah to sack the three officials involved.

The US Treasury has sanctioned the first, Minister of Presidential Affairs Nathaniel McGill, who also heads the presidential cabinet. It accused him of “bribing business leaders, receiving kickbacks from potential investors” and “accepting kickbacks for bringing contracts to companies in which he has an interest”.

He appropriated public assets for “personal gain”, and also used “warlords to threaten his political opponents”, the US Treasury added.

The second, Sayma Syrenius Cephus, Attorney General, is accused of having “developed close relationships with suspects in criminal investigations”, and of having received bribes in exchange for which he had files on money laundering closed.

The third, National Port Authority chief Bill Twehway, is accused by the Treasury of “orchestrating the diversion” of $1.5 million to a private account.

Mr McGill dismissed some of the charges and described the others as “vague” in a letter to the President. Mr Cephus also wrote to the head of state to deny everything.

The US voice carries weight in Liberia given the historical and current relationship between the two countries and the weight of the Liberian diaspora on the other side of the Atlantic.

The US accusations com