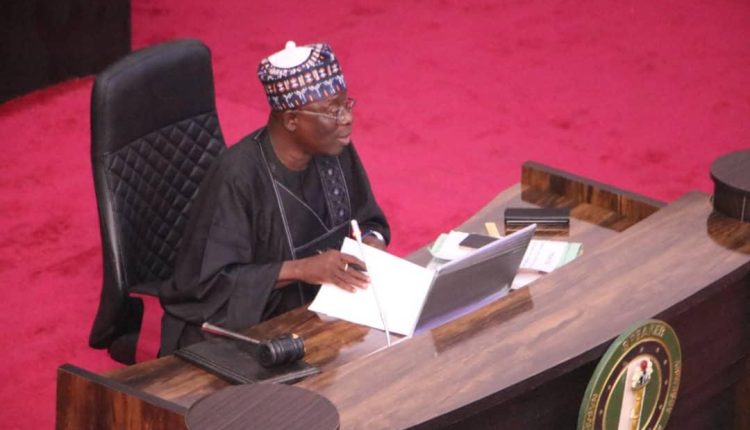 The Nasarawa State House of Assembly has summoned the State Commissioner for Local Government, Community Development, and Chieftaincy Affairs, Yusuf Turaki, the Commissioner for Finance, Mr Daniel Agyeno, and State Accountant General, Mr Zakka Yakubu to appear before it on Tuesday, September 27, 2022, by 10 am at the assembly chamber.

This, the House said, was to enable them to explain to the House how the State Financial, Transparency, Accountability and Sustainability ( SFTAS) Funds, Ecological funds, State Internal Generated Revenue ( IGR), and Paris Club were received and disbursed amongst the tiers of government in the state, especially that which affect Local Governments.

The Speaker of the House Balarabe Abdullahi, summoned the government officials after the Chief Whip of the House, Muhammed Muluku, move a motion to that effect on matters of public importance during the House proceedings in Lafia on Monday.

The Speaker said that inviting the government officials was not a witch hunt exercise but to enable them to explain vividly how the funds are being used between the state and local government areas in the state.

He said that their appearance was also to ensure that the right things are done to ensure speedy development at the grassroots.

“I want to appreciate Honorable Muluku and all of you for your positive contributions on this subject matter.

“I have said it severally, that we are all elected to represent our people well at this state assembly.

“In the process of discharging our duties, we will receive condemnations and insults from people who do not understand legislative work and activities.

“Unfortunately, some of our people will not understand the role of legislative. We are doing our best to protect the system and let them say what they want to say.

“But How can we allow something that was for local government to be diverted somewhere, we have to investigate that.

“It is given this, that we invite the  State Commissioner for Local Government, Community Development and Chieftaincy Affairs, the Commissioner for Finance, and Accountant General to appear before us tomorrow, Tuesday, Sept.27, 2022, by 10 am at the chamber.“

He added that the assembly has passed a law on how state finances should be disbursed among the tiers of government in the state especially the LG law and will not seat and watch the abuse of the laws passed by the House.

The Speaker assured the state government of continued partnership for the good of the State stressing that the House in doing that will not do what will be detrimental to the development and the lives of the people of the state.

In their contributions to the floor of the House, Mohammed Okpoku, Hon Daniel Ogazi, and Hon David Maiyaki lamented how the lack of finances at the local government level has affected development at the grassroots.

They said that, if urgent steps are not taken, the aim of establishing local government would be defeated.

They also lamented how chairmen of local government and Overseers of Development Areas cannot execute projects and perform their duties effectively due to a lack of funds at their disposal.

Meanwhile, the Chief Whip of the House, Muhammed Maluku, while raising the issue of lack of physical development at the local government level over matters of public interest said that there was the need for those involved in managing government funds to explain how Financial, Transparency, Accountability, and Sustainability ( SFTAS) Funds, Ecological fund, Internal Generated Revenue ( IGR) and Paris club were received and utilized by the tiers of government in the state.

“What I want to raise has to do with the lack of development in the local government and development areas in the state.

“There is no development at the local government level. FAAC is being received every month,  there are Financial, Transparency, Accountability, and Sustainability ( SFTAS) Funds,

“We have over N400 million Ecological fund as I am taking no kobo was given to the local government to address ecological problems in their areas.

“The state government by law supposed to give the local government 10 percent of its IGR but we learned that they are not giving.