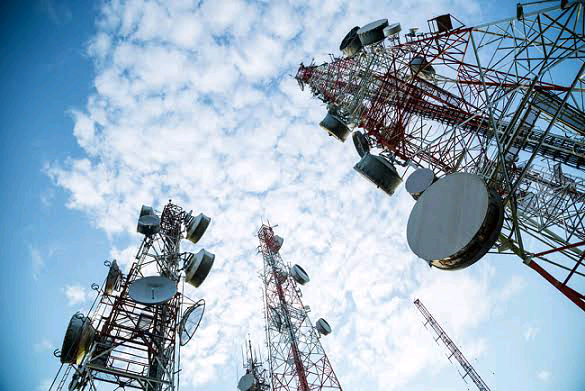 Telecommunication facilities in Nigeria were first established in 1886 by the colonial administration. These facilities helped to discharge administrative functions rather than drive socio-economic development of the country.

As a result, the introduction of public telegraph services linking Lagos by submarine cables along the west coast of Africa to Ghana, Sierra-Leone Gambia and on to England was a greater priority than a robust telecommunications network.

Subsequently, at independence in 1960, the country only had about 19,000 phone lines for use with a population of roughly 40 million people. This translated to a tele density of about 0.5 telephone lines per 1,000 people.

The process of telecommunications sector reform started under the military regime of General Ibrahim Babangida in 1992 with the establishment of a regulatory body, the Nigerian Communication Commission, NCC.  NCC came on board to oversee a competitive system through policies aimed at protecting the interests of consumers and newcomers into the sector.

But the story of Nigeria’s groundbreaking reform in telecoms began with the return to democratic rule in Nigeria in 1999 when the country had just 400,000 fixed telephone lines and less than 200,000 regular internet users.

In 2000, the government began to liberalise the sector by launching the National Telecommunications Policy, NTP, followed by the Nigerian Communications Act, NCA, in 2003, which brought the NTP into legal force. Under the NCA, the NCC acts as the sector’s independent regulatory authority, whose responsibilities include facilitating the entry of private players into the market, creating an enabling regulatory environment, promoting fair competition and market efficiency, and establishing the Universal Service Provision Fund to support telecoms expansion in rural areas.

Indeed, Nigeria’s first GSM technology was launched in May 2001, when South Africa’s MTN established its Nigerian subsidiary, MTN Nigeria. In August that same year Econet, which metamorphosed to Vodacom and now Airtel, also launched its own Nigerian subsidiary. Globacom Nigeria entered the market in August 2003, to be joined by Etisalat, now 9mobile, in October 2008.

Telephone penetration has risen sharply over the last few years, with the NCC reporting that the total number of telephone connections jumped from 101.8m in May 2012 to 195 million in December 2021. The Nigerian Communication Commission says at least 195.4 million phone subscribers are in the country as of December 2021

5G technology holds the promise of revolutionizing communication, assuring higher speeds in sending and receiving information online. And that means a lot for the growth of Nigeria’s telecoms industry.

The telecomm revolution in Nigeria has catapulted the country into the class of elite nations with the ease of communication. It has also, more than any sector in recent times, created jobs for millions of Nigerian youths.