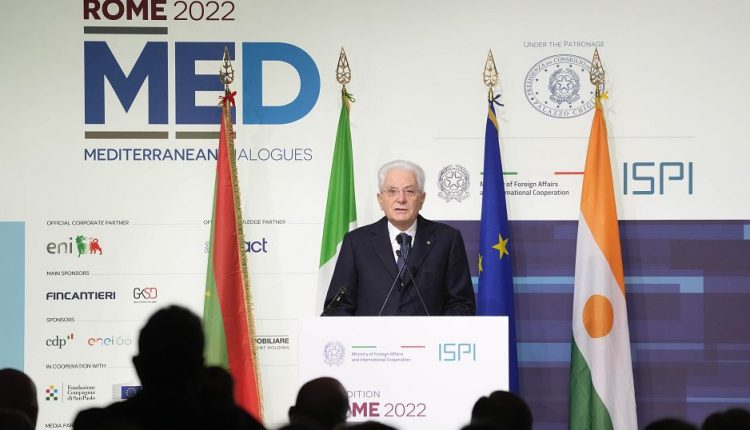 Migration, war, climate change and food insecurity were at the top of the agenda at the two-day Mediterranean Dialogues conference in Rome.

“The Sahel is renowned today through the phenomenon of terrorist violence that occurred for the last ten years, Niger, my country, lies precisely between the territory of Mali and the basin of Lake Chad. This is why we are facing the two biggest active terrorist outbreaks in the world,” said Mohamed Bazoum, the President of Niger.

The conference, organised by the Italian Foreign Ministry, aims to boost cooperation among Mediterranean countries on security, climate change, migration and food security.

“The European Union’s agenda for the Mediterranean and its 7 billion euros investment plan, strongly backed by Italy, Mr President, initiatives such as the Global Gateway that aims to mobilize up to 300 billion euros, Repower EU, they represent instruments that go in the right direction. Only by overcoming antagonistic approaches can we build a positive independency in using and safeguarding our common Mediterranean resources,” said Antonio Tajani, the Italian Minister of Foreign Affairs.

Terrorists attacks within the larger west African block has been on the rise with countries like Mali, Niger, Chad, Nigeria and Burkina Faso are bearing the brunt of deadly attacks. The region is now calling on the international community to intervene.