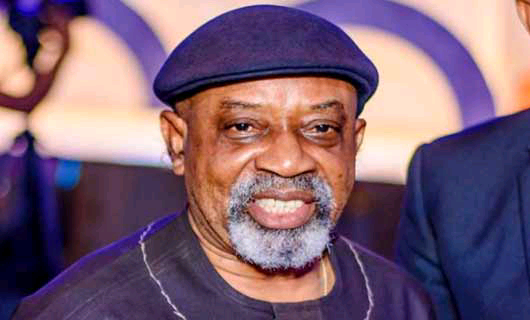 The Nigerian Government says it is working towards pay adjustments for workers to meet the present economic realities.

Minister of Labour and Employment, Dr Chris Ngige stated this in Abuja at the Public presentation of a book by the Nigeria Labour Congress, NLC to mark its 40th birthday.

Ngige said that the Government was very much aware that the N30,000 National Minimum Wage had depreciated.

“Yes the inflation has increased worldwide and it is not confined to Nigeria, that is why in many jurisdiction, it is an adjustment of wages right now.

“We as the Nigerian government, we shall adjust in confirmative with what is happening in wages.

“More importantly, the 2019 National Minimum Wage Act, right now has a clause for the review, which we started then, I do not know whether it is due next year or 2024. But before then, the adjustment of wages will reflect what is happening in the economy, just as government has started the adjustment with the Academic Staff Union of Universities ASUU,”  he said.

He said that he would have failed in his duties if he did not refer the matter to the National Industrial Court of Nigeria, NICN after seven months of protracted discussions and negotiations with the Union, which failed.

He recalled that ASUU was at the stage of Collective Bargaining CBA negotiation with their employers, the Federal Ministry of Education when they embarked on strike.

He said that Nigeria is respected in International Labour Organisation, ILO, that “some people said Federal Government took ASUU to court, no I referred the matter after seven months of protracted discussions and negotiations that failed.
“Some people are saying 2009 agreement. The 2009 agreement has been renegotiated in 2013/2014 with the administration of former President Goodluck Jonathan. It is an anathema to use 2009 agreement.
“What is left is the renegotiation of their conditions of service, which is their right. It should be done but they are negotiating it under the principle of offer and acceptance and it broke down irretrievably there at the Federal Ministry of Education.
“That kick-started Section 17 of the Trade Dispute Act whereby the Minister of Labour and Employment, whoever it is, if you don’t transmit according to the dictates of Section 17, TDA, 2004, Laws of the Federation of Nigeria.
“This means you would have failed in your function. Therefore, I had to transmit,” he said.

The Minister also said the transmission did not mean that the matter could not be settled out of Court.

He said either of the parties involved; the Federal Ministry of Education and ASUU could approach the NICN for out of court settlement.

He maintained that Nigeria must be guided by laws and nobody should use the dispute to “harass anybody”.

In an interview with Voice of Nigeria, former Minster of Labour and Employment, Chief Emeka Wogu, said that the action taken by the Minister by referring the matter to the National Industrial Court of Nigeria was done in accordance with the law.

He called on the Nigerian Government and ASUU to find a meeting point to resolve the dispute in the interest of the students and the nation.

He stressed that education was the bedrock of development in any society and everything needed should be done to protect its sanctity.