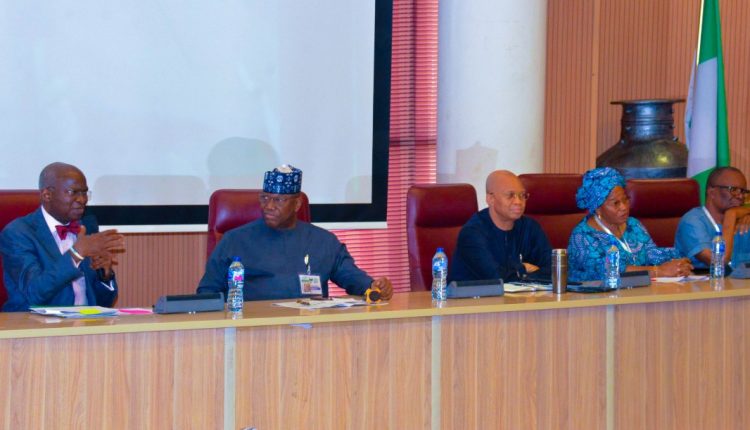 Last updated Nov 23, 2022
0 270
Share
The Nigerian Minister of Works and Housing, Mr.Babatunde Raji Fashola, says University Consultancy Services,  Data Provision, Poll Results, Value Data and  Printing Press are value adding services which Tertiary Institutions can adopt to boost their funds.
The Minister made the above remark as a panelist at  an event organised by Nigeria’s House of Representatives, at a National Summit in Abuja on Tertiary Education with a view to provide solutions to challenges facing the sector.
The theme of the summit is ‘Re-imagining Tertiary Education in Nigeria: Issues, Challenges and Solutions.’
Fashola also said ” employees of government owned institutions who want to be autonomous is a big issue “
According to him, Tertiary Education is on the concurrent list , meaning that States and  Federal Governments can fund education in the country .
The Director General ,   Budget Office of the Federation,Mr. Benjamin Akabueze while  making his remarks  said, there has to be a sustainable funding of tertiary education, stressing that the government can not  continue with the current system because it is not sustainable.
Also, a Professor at the Department of Education Administration & Planning , University of Calabar, Akwa-Ibom State southern Nigeria, Mrs Uduak Ekpo , emphasised on the Budget and allocation for tertiary education, saying there should be room for increase instead of going down.
According to her, ‘Nigeria’s education budget remains among the poorest in Africa.”
“If lecturers run  away from their core mandate of academics excellence through research and teaching and go into business, funding of University , Education will suffer” she said.
Meanwhile, the Director, Centre for Gender and Women Studies, University of Jos,  Irene Agunloye in her remarks, disclosed that Education is a commodity and if you do not build the capacity of people in academics there will not be  headway.”
She advised that some institutions  should be made research Universities in order to generate more funds.
For his part, the Chairman / Chief Executive Officer, Channels Media Group, Dr.John Momoh said  “There is need for the Academic Staff Union of Universities and the  Federal Government to come to an agreement.”
Momoh also said that Universities should look for a way of generating funds from alumni and to also look for a way of outsourcing assets of Universities in order to improve funding.
However, the Academic Staff Union of Universities (ASUU) led by its current President, Emmanuel Osodeke argued that “ the level of poverty in Nigeria would not allow  Nigerian students  to pay increased tutition fees.”