The President of the Nigeria Football Federation (NFF) and FIFA Council Member, Amaju Melvin Pinnick has told the Super Falcons of Nigeria to bulldoze their way to a 10th African title when they participate in the 12th Women’s Africa Cup of Nations in Morocco next month.

Pinnick spoke on Sunday night while hosting the nine-time champions to a special dinner at the Eko Hotel & Suites, Victoria Island, Lagos. 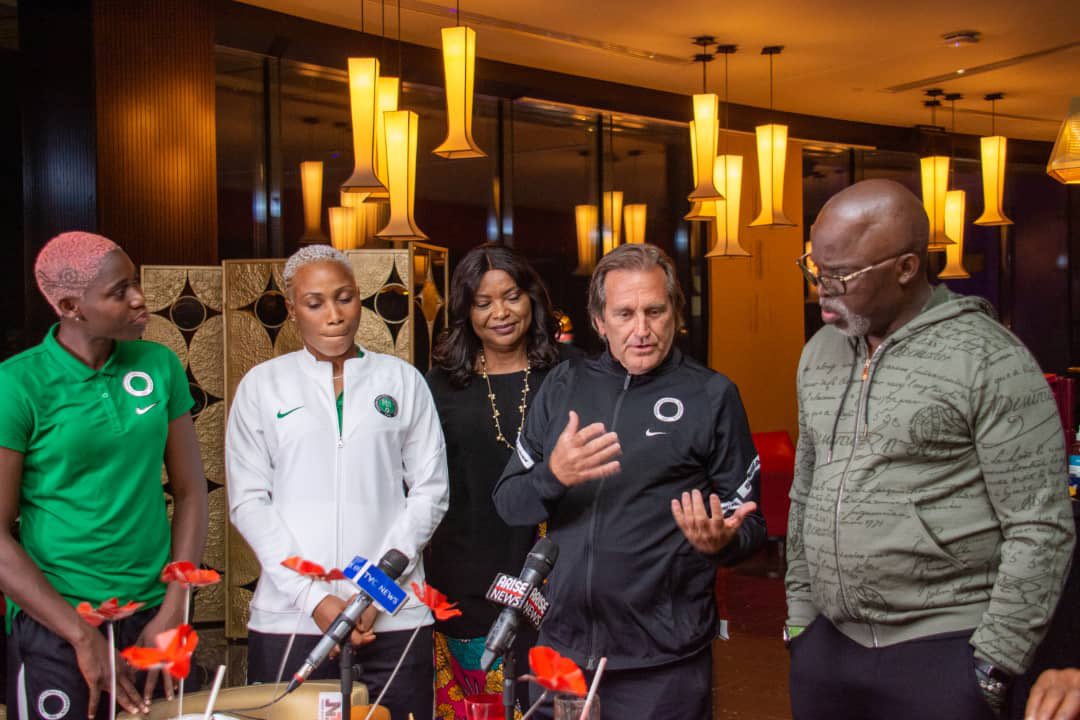 “There is not much for me tell you about the need to go all out there and conquer; it is something you are used to because you have the spirit, the energy and the aura of champions,” Pinnick said.

“You have won this trophy nine times out of 11 and you have to go for the 10th with equal passion and desire. Surely, there will be teams that would believe they can topple you from your throne; from your position as champions.”

“I have no doubt that you have the capacity to deal with every opposition and emerge champions once more.”

Meanwhile, the Super Falcons’ contingent has landed in Casablanca, and already moved to Morocco’s administrative capital, Rabat where the team will camp for seven days before their crunch opening match of Group C against South Africa’s Banyana Banyana in the same city on Monday, 4th July.

All four semi-finalists in Morocco will qualify to represent Africa at the FIFA Women’s World Cup in Australia & New Zealand next year, with the fifth-placed team handed an opportunity to also gain a place through a Playoff Tournament taking place early next year.