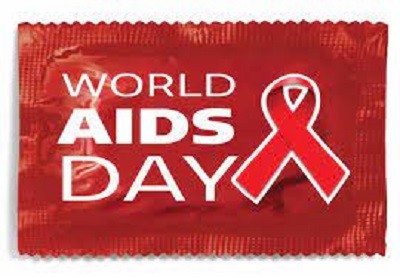 In preparation to mark this year’s World Aids Day WAD, the National Agency for the Control of Aids, (NACA) has re-emphasised that unequal access to HIV Prevention and treatment services perpetuate HIV among vulnerable population groups.

The Director General of the agency Dr Gambo Aliyu made this known to a journalist in Abuja, the nation’s capital says this year’s World AIDS Day seeks to promote equal access across populations that are marginalised among vulnerable and key affected populations groups by removing economic, social, cultural and legal barriers to HIV prevention services across population groups that are vulnerable to HIV.

Dr Aliyu also explained that  Pre COVID 19 Molecular laboratory assessment that was done in 27 sites is now in over 100 sites accessible for prevention and treatment purposes adding that access to prevention, treatment, care, and support services will be intensified to reach communities circumscribed by conflict.

Speaking on behalf of the Federal Ministry of health, the National Coordinator of, the National AIDS, and STIs Control Programme (NASCP), Dr Akudo Ikpazu said that Nigeria is moving closer to its targets and is certainly proud of the achievements working together with its partners. Dr Ikpazu said that today Nigeria has 90% of people living with HIV status and also has 98% of those on HIV treatment and 95% of those on treatment will have achieved viral suppression.

“To do this, we must address and remove all structural barriers that impact negatively on access to services. Some of the specific strides we’ve made this year in addressing these issues around access include PMTCT mapping, to identify all places where pregnant women get different services to find the HIV pregnant positive women. Based on the findings we’re working toward expanding the points of service from the current 6000 to about 40,000 locations, which we have identified with mapping across both the 36 states including FCT”, She said.

She, therefore, asked stakeholders to work together to address the inequalities which was a barrier to ending the epidemic.

The Country Director and Representative of, the United Nations Programme on HIV/AIDS (UNAIDS) Dr Leo Zekeng said this year’s World Aids Day is to promote equal access across population groups that are marginalised and vulnerable key affected population groups by removing economic socio-cultural, legal barriers, HIV prevention services as well as treatment across the groups.

“Our treatment sites have increased from just 251 in 2007 to over 2,262 in 2020, new HIV infection gradually decdeclinedom 103,000 in 2019 to now just a little over 92,020 21. There has also been significant growth in key population treatment centers from just 10 sites in 2017. There is no way we can stop HIV-living mothers and affecting kids, as well as moving rapidly as we’ve seen or we are seeing your population that is vulnerable and at risk without providing more access”, he said.

This year’s global theme for World AIDS Day is “Equalise” and the National theme is “Equalise to END AIDS: Equal Access to Treatment and Prevention Services.