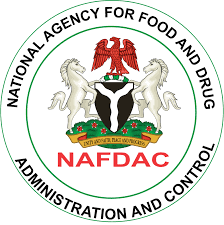 The National Agency for Food and Drug Administration and Control, has urged pharmaceutical distributors and other stakeholders in the health sector to collaborate with it to actualise its five year drug traceability plan for the country.

The agency’s Director of Registration and Regulatory Affairs, Dr. Monica Eimunjeze, made the call while speaking about the plan at the Pharmaceutical Wholesalers and Distributors Association of Nigeria’s conference held in Lagos.

She said, the plan is aimed at curbing the distribution of fake drugs and improving the integrity of the pharmaceutical distribution chain in Nigeria.

“There is a regulatory framework in place. We have a distribution framework but we still have a long way to go. If we don’t have everybody implementing what we agreed to do, then we have fingers being pointed in different directions.

“There is a five years implementation plan for traceability and different elements to that plan.

“We are into awareness. We are also training industries on how to put things in place. It is a five year plan and we are working towards it.”

Also speaking at the conference, Mr. Ibrahim Ahmed, who represented the Registrar of Pharmacists Council of Nigeria, spoke on the challenges the government has encountered in creating alternatives to the open drug markets.

He said, the federal government, has made efforts to shut down open drug markets operating at Idumota in Lagos, Sabon Gari market in Kano State, as well as Ariara market in Aba, Abia State.

Ahmed, who is a pharmacist, said relocating these markets to designated areas, where the drug distribution system can be properly monitored came with some challenges.

He disclosed that a drug distribution facility will be inaugurated in Kano within the next three months to serve the purpose, adding that other parts of the country like Lagos and Anambra states need similar facilities.

Thee Chairman of the Pharmaceutical Wholesalers and Distributors Association of Nigeria, Ernest Okafor, said the association is trying to proffer a solution to the issues affecting pharmaceutical distribution, noting that its group is pushing for the use of technology.

“The solution, going by the international best practices, is using technology to drive drug distribution.

“I’m not asking us to jump into block chain technology. Let us use the basics.

“We are talking about traceability. If we can have a digital tool that can identify the different products, we can use it in the supply chain. We are after supply chain integrity. The world is moving, if we are not moving with it, the rest of the world will leave us behind.”

According to the World Health Organisation, 80% of countries, predominantly developing ones, have bad drug procurement and distribution systems problems.

To explain how bad it is, the UN agency, in 2017, declared that one in 10 drugs sold in developing countries are fake or substandard, adding that these counterfeit products are leading thousands to their early graves.

In a research paper published on its website, the WHO noted that, these fake drugs are growing threats to the pharmaceutical trade.

“Some pharmacists in Africa, for example, say that they are compelled to buy from the cheapest but not necessarily the safest suppliers to compete with illegal street traders.

“Fake drugs could contain incorrect doses, wrong ingredients, or no active ingredients at all.

“At the same time, a worrying number of authorised medicines fail to meet quality standards because of improper storage and other issues.”