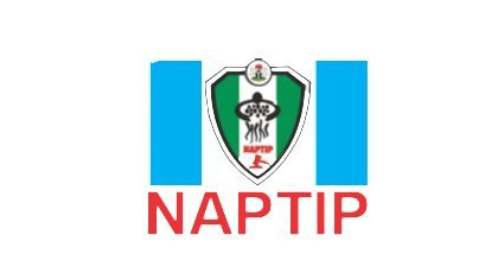 The National Agency for the Prohibition of Trafficking in Persons (NAPTIP), has given all organisations, Shelters and Homes, offering services for the purpose of rehabilitation of trafficked persons in Nigeria one-month ultimatum to obtain clearance certificates to operate in the country or risk shut down and prosecution in accordance with the Agency’s extant law.

This was disclosed in a statement signed by NAPTIP’s Head, Press and Public Relations, Stella Nezan, and made available to journalists in Abuja, Nigeria’s capital.

According to the statement, the ultimatum which takes effect from Wednesday, June 29th, 2022, was handed down by the Director-General of NAPTIP, Dr. Fatima Waziri-Azi at a meeting in Abuja with a segment of the Agency’s stakeholders.

The ultimatum is based on the powers given to the Agency under the Trafficking-in-Persons (Control of Activities of Organisations and Centres) Regulations 2019 and the resolve of the Agency to give more effect to it after the grace period earlier given to the organisations to comply has expired.

Regulation 2019 was issued by the Attorney General of the Federation and Minister of Justice, Mr. Abubakar Malami, SAN on October 9th, 2019.

According to Dr Waziri-Azi, the Regulation was necessitated by the disturbing cases of trafficking-in-persons by Nigerians, under the guise of educational, cultural and musical excursions; labour migration; and sport-related travels to foreign countries, especially the Middle East, Eastern, and Central Europe.

The Director-General also disclosed that the Agency was also closing in on travel agents and tour operators involved in the recruitment of Nigerians for labour outside Nigeria, educational excursions, cultural, music excursions and competitions with children outside the country without obtaining the requisite clearance certificates from NAPTIP.

Explaining the rationale for the ultimatum, Dr Waziri-Azi said, “Unscrupulous persons hide under the façade of being a travel agent, tour operator or recruiter of labour to deceive, defraud, and lure naive victims to foreign countries for the purpose of exploitation which takes the form of sexual exploitation, forced labour, debt bondage, slavery and removal of organs.

“The Regulation which is fully operational, gives NAPTIP the powers to regulate, control and scrutinize all travels as categorized by the Regulation and ensure that the intent and purpose of embarking on such travels are genuine, and it is projected that this regulatory function will reduce incidents of human trafficking.”

The Director-General further explained that the Regulation empowers the Agency to charge an administrative fee for the issuance of Clearance Certificates. The fee, according to her, is to cover the cost of verification of documents submitted

The Trafficking-in-person (Control of Activities of Organisations and Centres) Regulations, 2019, is in place to ensure that labour recruitment, travel agents, tour operations and operators of shelters and homes offering services for the rehabilitation of trafficked persons conduct their businesses within the ambit of the law and by extension stem the dreadful trend of human trafficking.