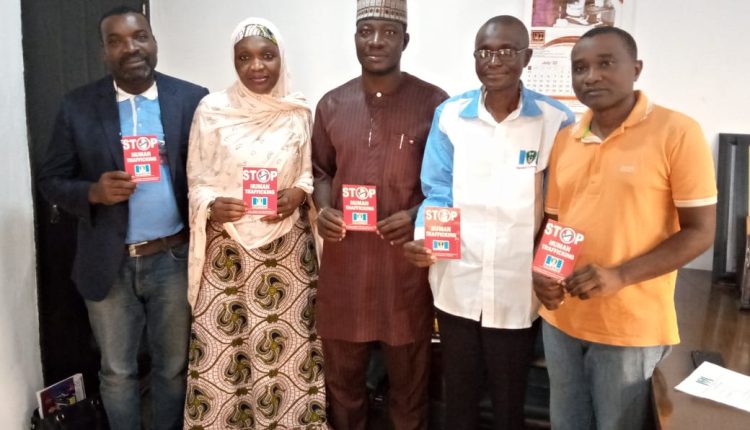 The National Agency for the Prohibition of Trafficking in Persons (NAPTIP) says over 20,000 victims of human trafficking have passed through the training of the agency nationwide.

It said the training is part of the shelter strategy to curb the menace of trafficking in the country.

The Kwara State Commander of the agency, Mr Saadu Mustapha Ajaara, disclosed this in Ilorin on Thursday when he led his team on a familiarization visit to the leadership of the Kwara State Council of Nigeria Union of Journalists (NUJ).

He said prevention, protection, prosecution and partnership are the strategies adopted to curb the syndrome.

Ajaara appealed to NUJ to assist the agency in sensitizing the public on the danger associated with the menace.

Ahmed appealed to the Federal Government to assist the agency with funding and operational facilities to enable it carry out its mandate effectively.

The NUJ Chairman assured that the union was ready and willing to collaborate with NAPTIP in tackling the menace of human trafficking and child labour.

“I want to commend NAPTIP for your crusade against human trafficking and child labour” Ahmed stated.

“But beyond this commendation galore is what we perceive as utterly saddening, the use of underage girls for prostitution. It is a menacing situation in our society, and something urgent needs to be done to curb it. The agency would do well to apprehend the syndicate behind this illicit business and make them account for their misdeeds“, Ahmed said.