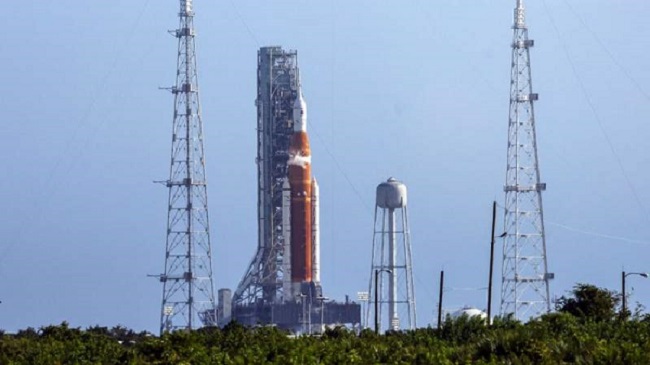 The National Aeronautics and Space Administration, NASA has delayed the launch of its most powerful rocket.

The delay is due to a tropical storm that could become a hurricane.

Artemis I Moon rocket was expected to launch from the Kennedy Space Center, in Florida, on Tuesday.

However, the state faces a hurricane threat as tropical storm Ian has strengthened and could approach Florida early next week as a major hurricane.

The lunch of the rocket had already been postponed twice.

The Space Launch System, SLS vehicle is designed to send astronauts and their equipment back to the Moon after an absence of 50 years.

Its first launch failed at the end of August due to technical glitches, while a second attempt at the start of September was hampered by a fuel leak.

Meanwhile, a decision on whether to return the rocket to its assembly site is due to be taken by the Artemis I team on Sunday.

This would be “to allow for additional data gathering and analysis”, NASA said.

Report says the space agency wants to send the unmanned capsule Orion around the back of the Moon, ahead of journeys with humans aboard. NASA hopes that by 2025 it will be able to send astronauts back to the lunar surface.

If the SLS will have to be shielded, it will miss the current launch window, which ends on October 4.

An associate administrator for the agency’s exploration systems development directorate, Jim Free said that “a step-wise approach” to the decision to roll back preserved a launch opportunity if conditions improved.

On Saturday, Ian strengthened as it moved over the Caribbean. Its projected path takes it just south of Jamaica, over western Cuba, and into Florida, the hurricane centre said.

Florida Keys and South Florida could be hit by heavy rains on Monday, according to forecasters.