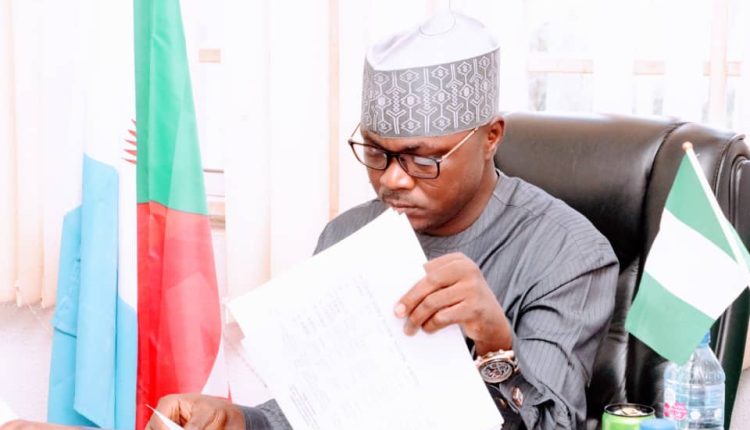 The Nasarawa State House of Assembly Committee on Lands and Urban Development, has lauded the Nasarawa Geographic Information Service (NAGIS) for generating over N536millon between January and June out of its N600m target for the year 2022.

The Chairman of the committee, Hon David Maiyaki, gave commendation when the management of the agency appeared before the committee on its 2022 budget performance.

Maiyaki has said that the committee was happy with the good revenue performance of NAGIS and urged them to do more.

He added that the state government cannot execute more developmental projects without funds, hence the need for NAGIS to explore more ways of generating funds.

“We are happy with your performance in terms of revenue generation and we urge you to do more,” he said

Maiyaki called on the management of the agency to continue to be up and doing to move the agency forward.

“We also want to assure you of our continued determination to support and synergize with you to take the agency and the ministry to the next level of development,” he added

Meanwhile, the Director General of NAGIS, Mr. Sonny Agassi, while appreciating the committee’s support said the agency generated N536million between January and June 2022.

“Our expected revenue for 2022 stands at over N600million but I want to tell you that from January to June 2022, we have generated over 536million. We want to thank you and His Excellency, Gov. Abdullahi Sule for your support. I want to assure you that we will continue to be up and doing in generating more revenue to the coffer of the state government”, he noted

The Director General told the committee that the mandate of the law establishing the agency was to process grants of statutory Rights of Occupancy, issuing Certificates of Occupancy (C-of O) among others.