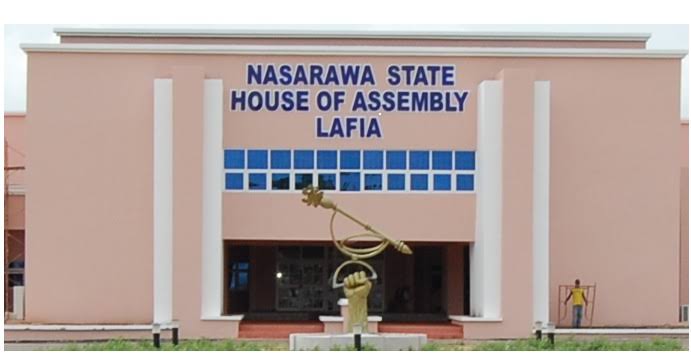 Last updated Nov 24, 2022
0 214
Share
The Nasarawa State House of Assembly has directed the State Government to remit 10% of its Internally Generated Revenue ( IGR) on monthly basis as required by law to state – local government joint accounts.
Speaker of the House, Balarabe Abdullahi, gave the directive during the deliberation on the report of the Ad-hoc Committee set up to investigate the finances of local governments and factors responsible for lack of development at the grassroots during the House proceedings in Lafia.
The Speaker said that remitting 10  percent of the State Government’s Internally Generated Revenue ( IGR) on monthly basis to the joint accounts would boost development at the grassroots.
“Recommendation of the reports are as follows- That in compliance with the State- Local Government Joint Accounts Law, 10 % of Internally Generated Revenue be remitted on monthly basis to the joint account.
“That all ecological funds be paid directly to each Local Government’ s Ecological Account and the said account be opened in the same bank where the Local Government ( FAAC) bank account is domiciled to ensure transparency and accountability.
“That the Executive arm of government to ensure that Local Governments fulfil all the criteria to benefit from the State Fiscal Tranparency Accountability and Sustainability ( SFTAS),” he said.
The House unanimously adopted the report.
The Speaker directed the Clerk of the House to communicate the resolutions to Governor Sule for further necessary action.
Voice of Nigeria reports that, on Monday, Sept. 26, 2022, under Matters of Public Interest, the attention of the House was drawn to the dwindling fortunes of the local governments as a result of poor or inadequate funding that was responsible for lack of development at the grassroots.
LawmakersNASARAWA

Digital Innovation Centre will be operational in 2023 – Minister