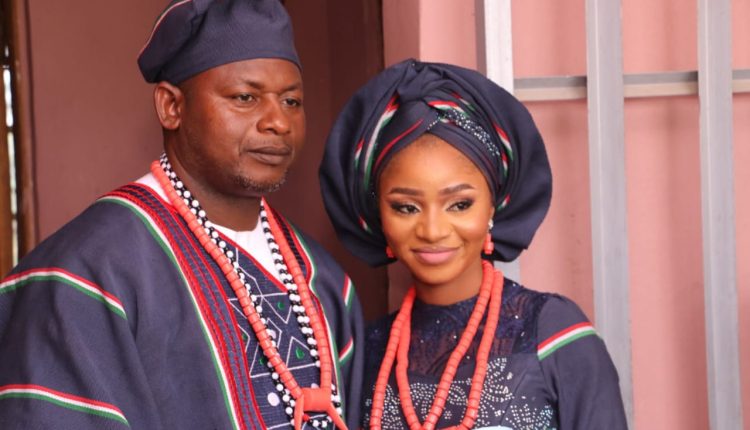 The Speaker, of Nasarawa State House of Assembly, Balarabe Abdullahi has advocated Intermarriage between various ethnic nationalities to boost peaceful coexistence and promote unity in Nigeria.

Abdullah said this during a marriage ceremony of the Majority Leader, Benue State House of Assembly, Damian Chema and Lora Aboya in Sabon Gari Shabu, Lafia LGA of Nasarawa State on Saturday.

He described the marriage as a bond that would continue to keep the two neighbouring States peaceful and united.

The Speaker said; “This is the kind of synergy we always want, a synergy that will promote peace, unity, and more understanding between the two neighbouring states, in mathematics one plus one is two but in marriage, one plus one is one.”

He advised the couple to show love and understanding to each other and learn to resolve their misunderstanding within their matrimonial home without involving a third party.

The Speaker was represented by the Majority Leader, Nasarawa State House of Assembly, Tanko Tunga.

The groom, Damian Chem expressed joy for finding a wife from another tribe in a neighbouring land and prayed that their coming together should open more windows for achieving more peace and unity between the two States and the families.

He appreciated the Speaker, Nasarawa State House of Assembly, members and staff as well as well-wishers who despite their tied schedules graced the occasion, calling for the sustenance of the bond of love and unity. 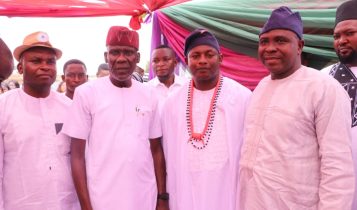 The event had in attendance people from all walks of life including lawmakers from Benue and Nasarawa States Houses of Assembly.

The groom being a Tiv man from Benue State had his Tiv traditional dancers displayed at the event.

The bride being an Eggon woman from Nasarawa State saw the people’s culture and tradition of marriage popularly called Ebekpen observed to the maximum. 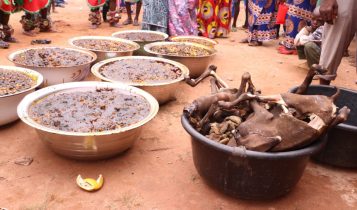 EBEKPEN is a common culture in Eggon land where the family of the groom will make a formal presentation of cooked traditional beans mixed with palm oil, sesame seeds, and goat meat to the bride’s family.

The occasion signified the traditional bond between the couple and the acceptance of the two families to come together as one.

The occasion was brought to a climax with dance by Benue State Cultural Troope Anzalu Cultural Dancers from Nasarawa State who performed beautifully by entertaining the guests.