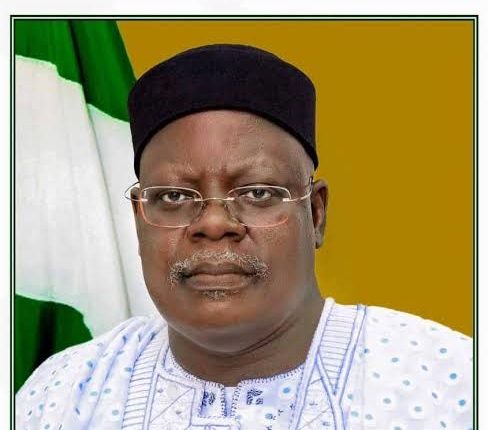 The Clerk to the National Assembly (CNA), Mr Amos Ojo has stressed the need for Nigerians to support the Security Agencies in the bid to tackle the ravaging security challenges across the country.

He gave the charge in Abuja, in his remarks at the two-day Retreat on National Security Legislative Reform for Senate Committee Members and other stakeholders organised by Konrad-Adenauer-Stiftung.

The Clerk expressed grave concern over the escalation of the insecurity challenges through social media and stressed the need to put relevant legislation in place that would strengthen the country’s security architecture.

According to him, the Retreat was organised in furtherance of activities undertaken to address issues relating to the overlapping mandates of Security Agencies in Nigeria.

“The study conducted by Konrad-Adenauer-Stiftung, KAS, in 2020, revealed that the duplication of duties and lack of proper coordination between Security Agencies often lead to conflicting views on fundamental security issues. The consequences of inter-agency rivalry have far-reaching implications on national security and exacerbate the already existing security challenges confronting the country. The findings of KAS shone more light on intricacies associated with some laws guiding the operations of Security Agencies which included overlap of functions, unclear delineation of functions, conflicting descriptions of conditions and guidelines for collaboration between Security Agencies. Still, on the negative, the social media is having a filled day, feasting on such conflicts, especially the inter-agency rivalry as have been witnessed between security personnel arising from the circulation of texts, pictures and videos.” Mr Ojo said.

He noted that it was the duty of citizens to support the Security Agencies and not to escalate situations through social media as such act was counter-productive.

“​In order to amend all existing incongruous legislations and make provisions that would eliminate counter-productivity and ensure inter-agency collaboration, deliberate efforts and resources are required. Hence, the aim of this Retreat. Today and tomorrow have been geared up for open and frank discussions as well as concrete deliberations on all issues raised. You will see from the programme that technical sessions have been scheduled for robust discussions on alternate strategies that would improve on these draft Bills that aim to address the aforementioned problems.”

Architect Ojo expressed optimism that the Retreat would provide the opportunity to reflect on experiences and harvest the best suggestions and recommendations that would strengthen the efforts through the Bills in a bid to reform national security.