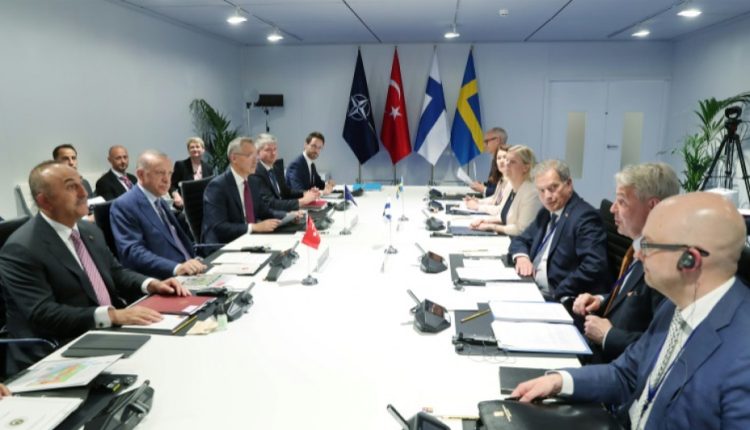 NATO ally Turkey has lifted its veto over Finland and Sweden’s bid to join the Western alliance after the three nations agreed to protect each other’s security, ending a weeks-long drama that tested allied unity against Russia’s invasion of Ukraine.

The breakthrough came on Tuesday after four hours of talks just before a NATO summit began in Madrid, averting an embarrassing impasse at the gathering of 30 leaders that aimed to show resolve against Russia.

The lifting of the veto means that Helsinki and Stockholm can proceed with their application to join the military alliance, cementing what is set to be the biggest shift in European security in decades, as the two, long neutral Nordic countries seek NATO protection.

Stoltenberg said the terms of the deal involved Sweden intensifying work on Turkish extradition requests and amending Swedish and Finnish law to toughen their approach to those seen as threats by Ankara.

Stoltenberg also said Sweden and Finland would lift their restrictions on selling weapons to Turkey.

Turkey has raised serious concerns that Sweden has been harbouring members of the banned Kurdistan Workers Party (PKK), which took up arms against the Turkish state in 1984. Stockholm has denied the accusation.

The Turkish presidency statement on Tuesday said the four-way agreement meant: “Full cooperation with Turkey in the fight against the PKK and its affiliates”.

It also said Sweden and Finland were “demonstrating solidarity with Turkey in the fight against terrorism in all its forms and manifestations”.

Stoltenberg said NATO’s 30 leaders would now invite Finland, which shares a 1,300km (810-mile) border with Russia, and Sweden to join NATO and that they would become official “invitees”

The resolution of the deadlock marked a triumph for intense diplomacy as NATO allies try to seal the Nordic accession in record time as a way of solidifying their response to Russia – particularly in the Baltic Sea, where Finnish and Swedish membership would give the alliance military superiority.