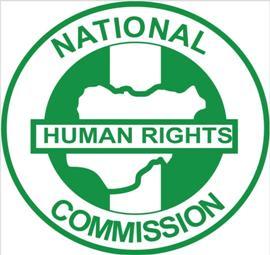 The National Human Rights Commission, (NHRC), in Ebonyi State, Southeast Nigeria, has collaborated with members of the Ebonyi Traditional Rulers Council and their counterparts of the Hausa community in efforts to end Gender-Based Violence (GBV) in the State.

The State Coordinator of the Commission, Mr. Christopher Okorie also called for the need to honour the aged and vulnerable people in society.

Okorie said the Commission, in its 16 days of activism, considered interfacing with the traditional rulers as one of the best ways to brainstorm and facilitate efforts towards ending violence against women and children.

He seeks for continuous support of the Traditional rulers to the commission by giving them frequent information on any related cases of rights abuse in their respective communities, for appropriate action to be taken.

In a visit to the state’s Hausa Community, Odenyi Ejimnkeonye, a member of NHRC, said the gender violence covers both males and females, but the commission decided to choose the theme for the 16days activism as ‘violence against women and children’ because of the rising reports of the menace these days in the society.

He said the officials of the commission have been committed to their duties and urged the general public to always reach them with reports that may need their attention, saying “NHRC office is open for all the citizenry in Ebonyi State and Nigeria at large.”

Responding, the Chairman of the traditional rulers’ council, HRH Eze Charles Mkpuma and his counterparts in the Hausa community in Ebonyi State, HRH Alhaji Danjuma Mamuda Gambo, commended the commission, especially on its call on the need to be giving special respect to the aged and vulnerable people in the society.

The traditional urged the Commission to organize a State-wide workshop on GBV and other related cases.

The Traditional authorities also assured the Commission of their continuous support to maintain peace and order in their respective communities.