The 2nd runner up of the beauty pageant for the 2021/2022 edition of the face of Niger-Delta cultural Pageant (FONDCUP),  Miss Grace Ekrakene was deposed over gross misconduct. 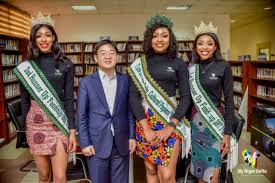 Ekrakene was alleged to have used the organisation to take money from people and refused to show remorse when called to order.

According to the organisers,  Nigeria Limited and Ethel Women Initiative, disciplinary measures were taken to address the ex-queen’s excesses and “curb her misbehaviour.”

The manager of the queens, Mr. Anugboba Ehijiele said,  “Due to her (former queen) misconduct, her position and benefits as the 2nd runner up of Face of Niger Delta Cultural Pageant for 2021/2022 are hereby withdrawn from her. She is no longer a crowned queen or a member of any sort of the FONDCUP brand henceforth.”

The organizers explained that other actions  to correct the issue proved unfruitful as Miss Grace Ekrakene paid no heed to the various counsel to ensure that the moral values and cultural norms imbibed by the organization be projected.

Explaining further, the convener of the cultural pageant, Miss Elizabeth Era said that the FONDCUP pageant was initiated to change the face of the beauty pageant industry. 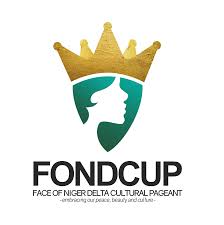 In a bid to empower and enlighten young maidens, Miss Era added that FONDCUP was out to change “the wrong narrative people hold against the Niger Delta region, so any form of misconduct faces a disciplinary sanction.”