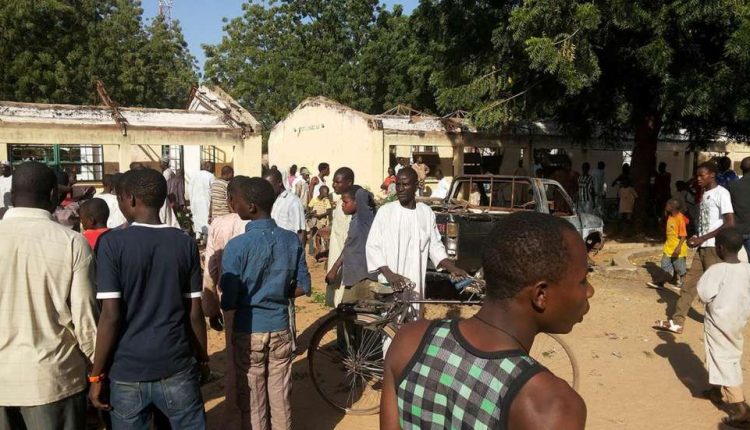 Hundreds of children, with their blue Unicef-stamped school bags on their backs, walk down small sand dunes to study on the outskirts of Ouallam, a town in south-western Niger that has been plagued by jihadist violence for five years.

But these children are not like other students and carry with them memories of the horrors they witnessed at the hands of the jihadists.

They come from 18 villages close to Mali, whose inhabitants found refuge in Ouallam at the end of 2021, fleeing the killings by jihadist groups linked to Al-Qaeda and the Islamic State (EI) that led to the closure of schools.

In Niger, 817 schools with a total of 72,421 students, including 34,464 girls, have closed, mainly in the Tillabéri region, the so-called “three borders” area between Mali, Niger, and Burkina Faso, according to the United Nations Children’s Fund (UNICEF).

“Some 17,000 students have already been able to return to the education system and soon more than 55,300 others will go to about 20 of these dedicated centers in several towns in the southwest hosting displaced people”, according to the Nigerien government.

In Ouallam, nearly 1,600 schoolchildren, some of whom had dropped out three years ago, are enrolled in three centers built near a site for displaced people.

“We are happy to be back in school,” said Fatima and Aïssa, two girls from Ngaba, a town near Mali, jubilantly, slates in hand.

The euphoria of a return to school has not, however, erased the memories of the horrors that some of the children witnessed.

“My uncle was the village chief, he was killed (in 2020, editor’s note) by jihadist bandits in front of our eyes, there was a lot of blood”, recalls Mariama, who also lived in Ngaba.

Nassirou, Malick, Hasane, Abdou, and their parents “walked for miles on foot” to flee Adabdab, a village in the commune of Banibangou, which has been targeted several times by jihadist attacks, the last of which cost the lives of 11 civilians on 22 October.

“It was the bandits who chased us away, they killed many men”, whispers Nassirou, who we met in the schoolyard.

When they arrived, many of the children showed “signs of distress and trauma, some were isolating themselves, others were very aggressive”, said Morou Chaïbou, head of education. Some recounted in great detail how “their parents were shot in front of them”, he sighed.

“To stabilise these children in the face of the shocks they have experienced, we provide them with psycho-social follow-up in addition to the official programme,” says Adamou Dari, the director of the region’s centres.

“They are now concentrating in class and the results are encouraging,” confirms a teacher playing in the courtyard with a dozen pupils.

However, “minor cases” of absenteeism worry the managers of the Ouallam centres, which have free canteens. Some children skip school to go “to work in town and feed their families”, says Adamou Dari.

Morou Chaïbou warns: “If these children are left behind, they risk being recruited by armed groups”.