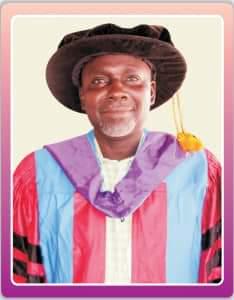 Niger State Governor in North Central Nigeria, Abubakar Bello has congratulated Professor Faruk Adamu Kuta on his emergence as the new Vice Chancellor of the Federal University of Technology in Minna, the state’s capital.

The Governor in a statement by his spokesperson Mary Noel Berje,  described the appointment as well deserved in view of Professor Adamu Kuta’s excellent commitment, hard work and selfless service to humanity.

The Governor, who expressed displeasure at the prolonged and incessant closure of universities in the country due to strikes, called on the incoming Vice Chancellor to liaise with his co-Vice Chancellors across the country to find a lasting solution to the constant strikes by the University -based unions.

“Continued closure of our Citadels of Learning will, in the long run, have adverse consequences on our quest for development in the country. We must find a way around the crises in our tertiary institutions in order to avoid the grievous impending consequences.”

Governor Bello further acknowledged the enormity of the challenges ahead and tasked the University Don to be transparent and open in the discharge of his responsibilities and be guided by justice and fairness while making or taking decisions.

He reminded the new Vice Chancellor of the need to sustain and improve the standard of the institution knowing fully that the FUT Minna is already in the consciousness of the global academic community have been rated amongst the best in Africa.

The Governor further charged Professor Adamu Kuta to contribute his quota to the restoration of the dignity of the country’s educational system by ensuring that the Federal University of Technology Minna achieves academic excellence and infrastructural development as well as improves its rating nationally and internationally.

“I enjoin you to ensure the sustenance of relative peace in the institution so that it will remain one of the preferred, choice institutions by potential students across the country,” the Governor further stated.

While assuring them of continued government support and partnership with the institution towards effective educational development,  Governor Bello called on the leadership of the University to ensure that the State fill its quota in the institution’s admissions and that employment opportunities are granted to host communities without necessarily compromising standards.

Professor Adamu Kuta, whose appointment was announced on Thursday, the 22nd of September, 2022 by the Chairman of Council, Prof. Olu Obafemi, NMON, was born on the 26th October, 1972 at Kuta in Shiroro Local Government Area of Niger  State.

He succeeds Professor Abdullahi Bala as Vice-Chancellor and is expected to assume office officially from Saturday, 3rd December 2022. The appointment is for a single term of five years.