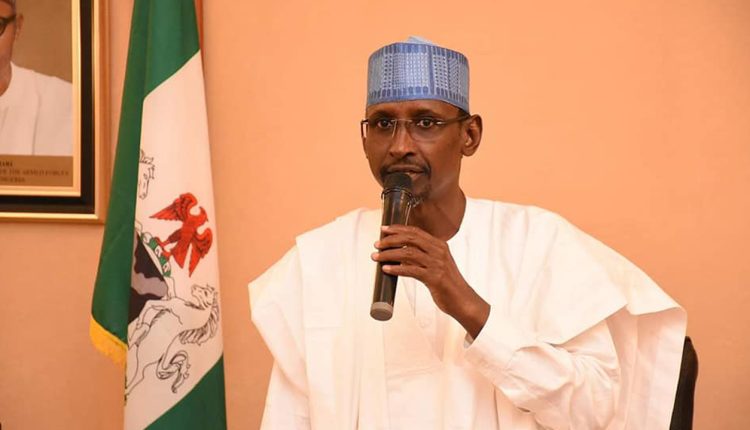 Ministers have congratulated Nigerians as the nation marks its 62 years of independence.

The Minister of the Federal Capital Territory, FCT, Malam Muhammed Musa Bello in his Nigeria @62 Independence Day celebration statement which he personally signed and made available to Journalists in Abuja Nigeria’s capital urged residents to use the occasion of the Independence Day celebration to reflect and appreciate those things that make them the great nation and people that they are.

The Minister also reminded the residents that, ” Let us be reminded once more that the greatest assets of our nation, are not its natural resources but its people who, though differ by virtue of tribe and tongue are strongest together and bound by a common destiny, despite our differences”.

He urged residents of the territory to resist any attempts by those who wish to create division.

The Minister emphasized that, the dreams of the founding fathers in this regard are therefore coming to pass and it is the duty of residents of the FCT to ensure that this dream is kept alive by being constantly vigilant and resisting all forms of division by unscrupulous elements within the society.

He noted that the Federal Capital Territory represents this unity in diversity as the very essence of the nation’s capital, as envisaged by its founding fathers is the creation of a national Territory where every Nigerian can call home and indeed feel at home.

” 2023 general elections draw near. While I call on all residents to take their civic responsibilities very seriously at the polls, it is essential that they remain discerning in imbibing all the political messages they will be exposed to as some of them clearly might be intended to cause disaffection within their ranks.

We must remain steadfast as well as vigilant and be guided by the spirit of oneness and love for country as we head into the election season. Hate speeches, divisive rhetoric and actions should be called out and their sponsors held to account.

” My fellow residents, for the past 7 years, the FCT has witnessed tremendous changes in all ramifications. We have for instance been confronted with an unprecedented rise in population which has put an inevitable strain on the utilities and facilities across the Territory,”

He, however, noted that with the careful management of resources and proper planning they have not only completed most of the ongoing and abandoned projects but also initiated some new ones which they intend to complete before the end of the Administration.

Bello also revealed that all efforts at the development of the FCT are geared toward living up to achieving the mandate of building the country into a world-class city.

“It must however be mentioned that beautiful roads, boulevards and magnificent buildings alone do not make a city which can be described as a living entity that is liable to falling ill and dying, if neglected or maltreated.

That is why citizen responsibility is imperative in maintaining the shine of Abuja. Let us use the occasion of this year’s independence anniversary, to dedicate ourselves to making Abuja the best city she can possibly be by owning and treating it as we would treat our own personal property.”

He urged the residents to abide by all extant rules and regulations guiding living and working in the city, he said include obeying all traffic regulations desisting from engaging in vandalism of public property which has become a huge challenge, payment of all levies. charges inclusive of ground rents, tenement rates and utility bills.

Bello further hinted that the FCT Administration has also been working assiduously with security agencies to safe-guard lives and property which has been yielding very positive results.

The Minister used the occasion of the 62 Independence Day celebration to commend security agencies for the much-improved security situation in the Territory.

Bello called on Abuja residents to play their part by reporting all suspicious situations or individuals within their communities to the relevant authorities.

“My fellow residents, as we celebrate our National Day, let us be encouraged that the best of our country still lies ahead of us and we should work hard together at meeting our collective aspirations.

I once more wish us all a happy independence anniversary and may God bless us all,” the Minister added

The Minister of Defence, Major General Bashir Magashi in a statement to mark this year’s celebration of nationhood, felicitated Nigerians as the occasion comes shortly after the country’s performance at the 77th Session of the United Nations General Assembly, UNGA in Newyork, USA.

He described the celebration as a wake-up call to be united in the task of building a Secured, Safer and Virile Nation.

The Minister, therefore, called for unity and support for the military 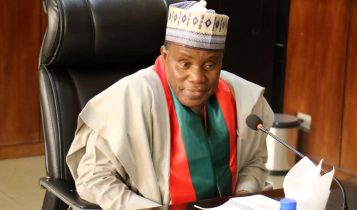 General Magashi while drumming support for President Muhammadu Buhari-led administration to end insecurity bedevilling the country, extolled the vision of the founding fathers of the Nation and commended the gallantry of the Military in national defence.

He said Six decades plus two years journey of a Nationhood symbolically underscores Systematic, Steady and Sustainable growth towards harvesting her full potentials as the most populous black Nation of the World and giant of Africa.

The General who shares a birthdate with Nigeria appealed to Nigerians to support various Military Campaigns by providing credible intelligence that will help to smoke out criminal elements in their camps and corridors.

He assured Nigerians that the Military will not renege on the task of defending the nation’s territorial integrity and on the commitment to end all threats in-line with the directive of the Commander-in-Chief of the Nigerian Armed Forces, President Muhammadu Buhari.