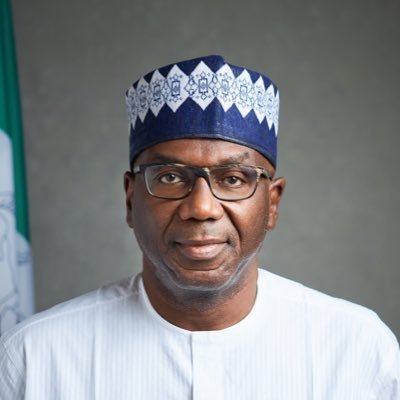 The Kwara State Government has said Nigeria and Africa could easily break the shackles of poverty through proper investments in food security and various safety net programmes that could directly put money in the pockets of those who are in need of it.

The Governor, Alhaji AbdulRahman AbdulRazaq, made this known in Ilorin on Monday at a meeting with Islamic Development Bank (IsDB), led by Mr. Javed Khan, at the Government House.

AbdulRazaq said through its social safety programs, like Owo Arugbo and Owo Isowo, among others, the administration has continued to promote small enterprises and raise people out of poverty.

Addressing the national programme for food security, the governor noted that everything must be done to grow the agricultural value chains such as the one being supported by the bank. Kwara, Kebbi, Kano and Ekiti have been identified to benefit in the first phase of the programme which is funded by the IsDB.

“The global problem created by COVID-19 is still subsisting. We have a huge problem globally, not just in Nigeria, which has affected food security throughout the world. Africa, and indeed Nigeria, is ready to feed the world. We have the land and everything to achieve that. But we have to be organized. And it is programmes like this that will put us on the right footing to feed the world in every aspect. It is a serious matter that you sent a team down to Kwara to make sure you have a hands-on approach to the programme.Our 10-year Agriculture Transformation Plan shows the seriousness our administration attaches to agriculture and its value chains. The future for us is agriculture and agro-processing. That is where we have comparative advantages.We thank you for your interest in our state. With thorough engagement and sincerity of purpose, be assured that our team is prepared and very serious about this project, because we don’t have oil in Kwara, agriculture is part of what we are looking at to sustain us. So, we need to and we, indeed, can break the chains of poverty through agriculture,” he said.

Khan, on his part, said, “As a procedure, we are here just to confirm and we got the confirmation from the relevant team here, that whatever is designed is according to the needs and requirements of the Kwara State.We are here to listen to all the technical people if they need to add or remove something from it. This is a project for the people of Kwara. What I saw in the last few months that I joined the Nigerian team in Abuja is that there is a lot of potential not only in Kwara but also in many other states. But you need to harness this potential for greater benefits. How do we benefit from it? We need to work together to achieve the set objectives,” he said.

Remarking, the Commissioner for Agriculture and Rural Development, Abdulateef Gidado Alakawa, said Kwara would join three other states—Kano, Kebbi, and Ekiti—that have been captured in the first phase of the programme, and attributed the choice of Kwara and others to their government’s commitments to the agricultural sector in their respective states.