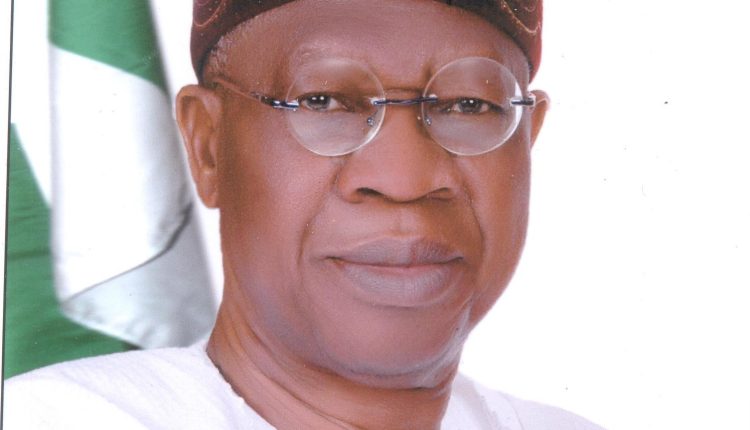 The Nigerian government has said it is determined to end crude oil theft through the deployment of technology and additional security measures.

The Information and Culture Minister, Lai Mohammed who made stated this during a press briefing in Abuja on Friday after the aerial surveillance of the Trans-Forcados oil pipeline in Rivers State, said the measures taken so far have begun to bear results.

“An additional 365 illegal refining sites were destroyed, with about 1,054 refining ovens, 1,210 metal storage tanks, 838 dugout pits, and 346 reservoirs destroyed by the GSAs.

“We witnessed first-hand a number of illegal refineries destroyed by our military in the course of our aerial surveillance,” he said.

Mohammed disclosed that many vehicles, crude mining and bunkering equipment, such as speed boats, wooden boats, trucks and tankers, have also been confiscated.

He said private security contractors were also contracted to provide local intelligence on all illegal crude ventures happening within the region and security surveillance services for safe and seamless operations along the nation’s pipeline networks.

“In addition, all ship-to-ship activities within the Nigerian EEZ are also monitored. Vessels without permits are flagged and escalated to the Nigerian Navy for a prompt response. Production is also monitored end-to-end at the Command and Control Centre, from the wellhead to the export terminals,” he said.

The Minister commended the foresight of the NNPC Ltd by investing heavily in deploying appropriate technology with capabilities beyond visual line of sight for continuous surveillance.

He said the investment in technology has become critical because the nefarious activities of vandals is causing Nigeria to lose approximately 700,000 barrels of oil daily.

The Minister, accompanied by a team of journalists, undertook a 90-minute aerial survey that started from the Port Harcourt International Airport to Rumuekpe-Rumuji-Rukpoku-Ebubu-Bodo-Bomu-Bonny-Ahoada and back to Port Harcourt.