As the National Sports Festival tagged, Delta 2022, kicks off in Asaba the Delta State Capital, the atmosphere is now set to hunt for budding talents who will fly the nation’s flag high during international competitions.

The Minister of Youth and Sports Development, Sunday Dare, said that his focus for the next 10 days was looking for talents to deploy into the national teams for the next Olympics, scheduled for France in 2024.

Dare made the assertion while speaking to journalists at the Stephen Keshi Stadium in Asaba.

The Minister who was at the Stadium with the Permanent Secretary of the Ministry of Youth and Sports Development, Ismaila Abubakar and some Management Staff was earlier seen at the Indoor Sports Hall cheering athletes who were competing in table tennis.

Dare expressed excitement at seeing the level at which the players were exhibiting their talents in table tennis and Para table tennis, stating that he has never hidden his undying passion for the Paralympians knowing fully well that there is ability in disability. 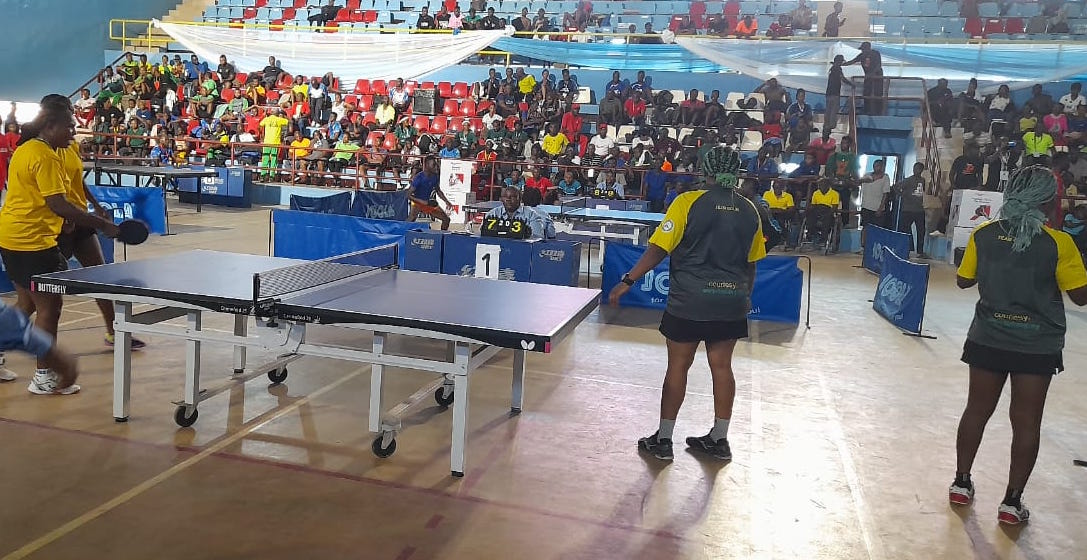 “They have won so many laurels for this country and there is no better way to motivate them than to be seen in their midst. It will go a very long way in lifting their spirits,” Dare added.

The Minister who described the National Sports Festival as the nation’s prime platform for identifying and picking the best out of the best, reiterated the present administration’s commitment to creating an enabling environment for the teeming Nigerian youth to compete with a view to developing their sporting potentials.

Dare stated further that to ensure junior category participation in sports, the National Youth Games (NYG) platform and Principals’ Cup were also being given the deserved attention. He applauded the Calisthenics performance by children of ages 9 – 11 at the Opening Ceremony and stated that

“When it comes to sports, the gold is in the child,” Dare stated. “Without competition, an athlete is not worth his salt, government will therefore continue to create more opportunities for Youth competitions to bring out the hidden talents in our youth.” 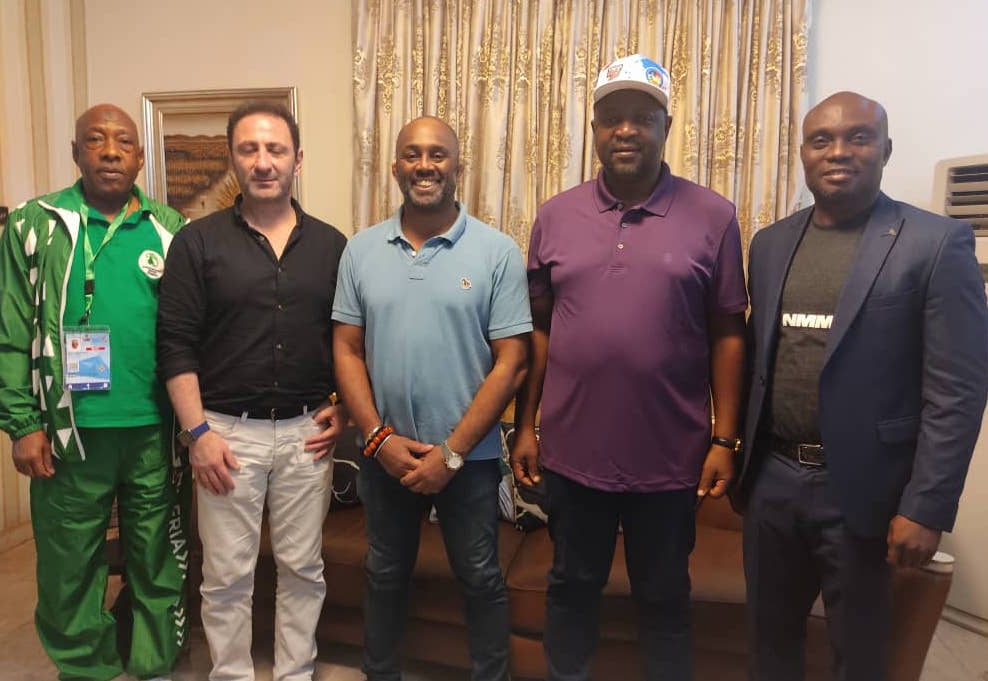 The visit was after an exhibition match of Mixed Martial Arts at the National Sports Festival in Asaba.

“It was an amazing event at the Delta 2022 National Sports Festival, I am very proud to be a guest and to have finally met the Minister of Youth and Sports Development Mr Sunday Dare,” Brown said.