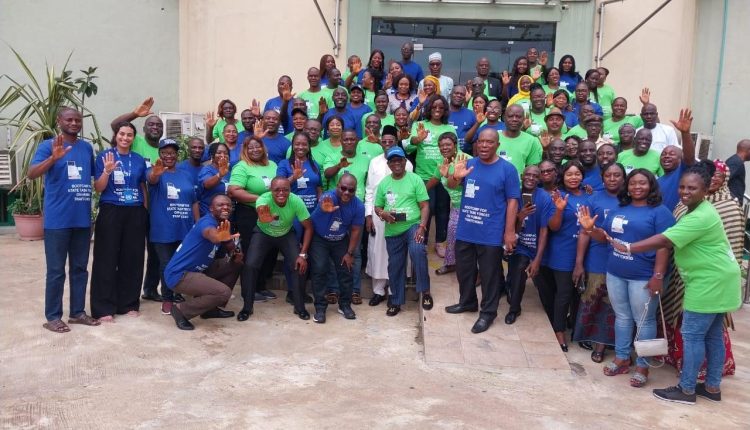 The Nigerian Government has reiterated its commitment to increase efforts and collaboration with partners including the European Union to eradicate human trafficking in the country.

This was disclosed in a statement issued by the Press Officer of the Agency, Vincent Adekoye, to Journalists in Abuja, the nation’s capital.

The country’s Minister of State, Budget & National Planning, Prince Clem Agba, made the pledge at the second batch of a Boot Camp Peer review meeting organized for members of State Task Forces Against Human Trafficking across the country.

Represented by the Project Officer of the Migration Unit, Mr Jude Ebhohimen, the Minister said “As the coordinating Unit for donor-funded programmes in Nigeria, the Ministry will double efforts to ensure the successful implementation of the projects for the benefit of all Nigerians”.

Director-General of the National Agency for the Prohibition of Trafficking in Persons, NAPTIP, Dr Fatima Waziri – Azi, who was represented by the Agency’s Director of Research and Programme Development, Mr Olusayo Olubiyi, also called for accurate and verifiable data that will depict the scope and reality of various forms of trafficking peculiar to each State of the Federation in order to formulate appropriate intervention.

The Director-General enumerated the efforts of the Agency in combating human trafficking, including setting up the State Task Forces on Human Trafficking in twenty-two States across the country.

“After the inauguration of the States Taskforces on human trafficking in twenty-two States, the latest being the Taraba State Taskforce, in collaboration with its key partners, NAPTIP thought it needful to go deeper rather than wider; to take stock of the impact of the Taskforces at the subnational levels, especially in the endemic communities. From the analyses so far, some States have achieved tremendous strides, especially in the area of awareness creation, identification, rescue, referral and rehabilitation of trafficked persons,” the Director-General added.

Mr Eneaya added that “This unique strategy of instituting State Taskforces ensured a whole of Government and whole of society approach in crime management thus galvanizing resources at all fronts.”

The Bootcamp, which has impacted NAPTIP’s counter-trafficking efforts, was organized through the combined efforts of the International Organization for Migration (IOM), United Nations Office on Drug and Crime (UNODC), Expertise France and FIIAPP with funding from the European Union, Netherlands Government, Switzerland and the United Nations Human Rights.