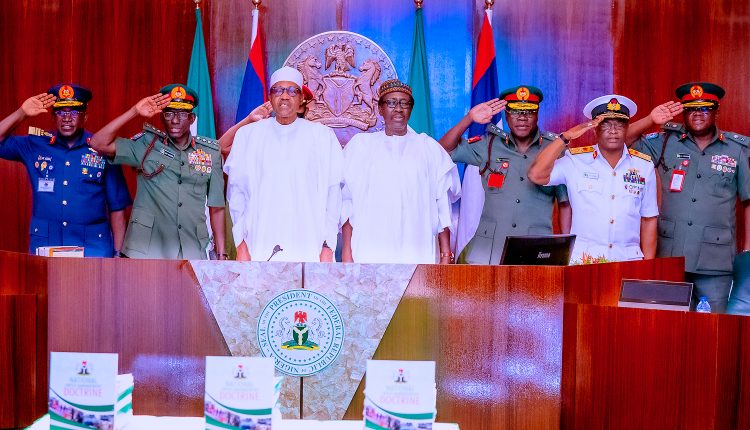 The NCMD, which was developed by the Office of the National Security Adviser in coordination with relevant MDAs, would ensure greater successes in tackling national crisis. 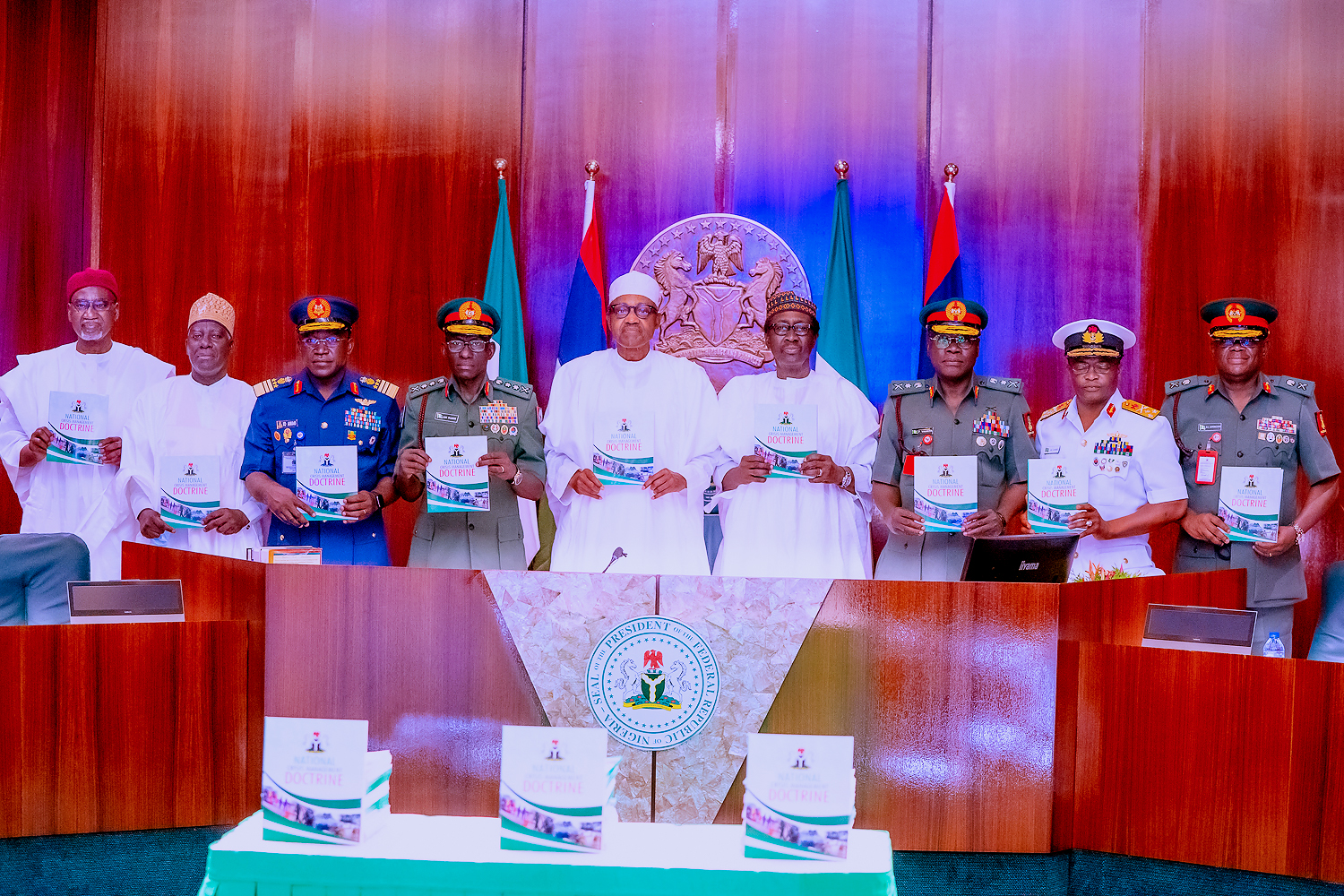 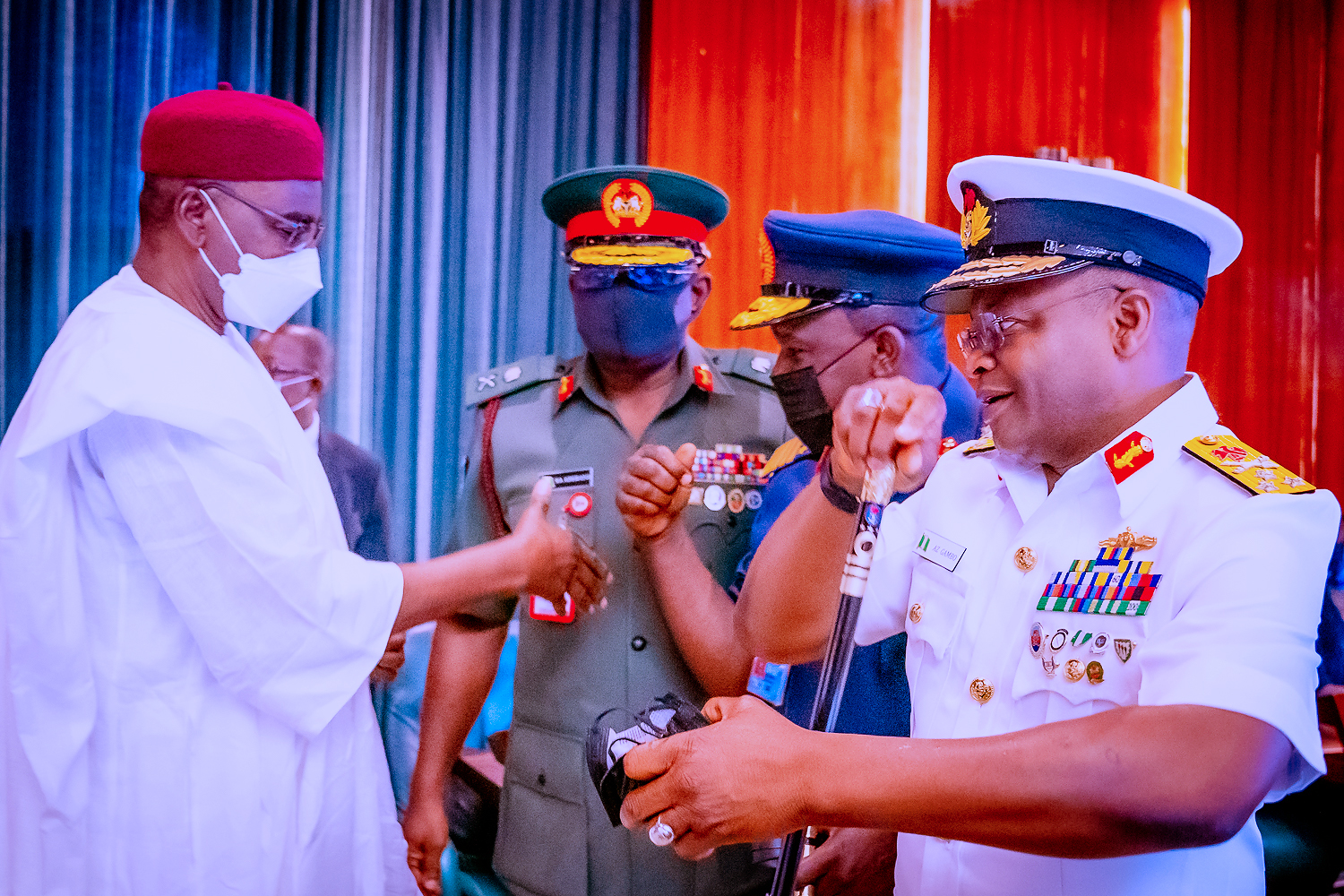 Speaking at the launch held at the presidential villa, Abuja on Friday, the President commended the efforts of the National Security Adviser, retired Major-General Babagana  Monguno, his staff and members of the working group from various responder MDAs for the remarkable work in developing the doctrine.

He described the feat as a significant milestone in recognition of the need for collective efforts towards achieving coordinated, effective and efficient national crisis management.

‘‘This shows the renewed promise and commitment of this administration to managing crisis in the country,’’ the President said, urging ONSA to continue to play its coordinating role amongst crisis response stakeholders, to achieve greater successes,” he said.

The President recalled that at the inception of the Administration, Nigeria was faced with multiple security challenges ranging from terrorism, kidnapping, to armed banditry, ethnic militia attacks, oil theft, rape, gun running and various acts emanating from violent extremism. 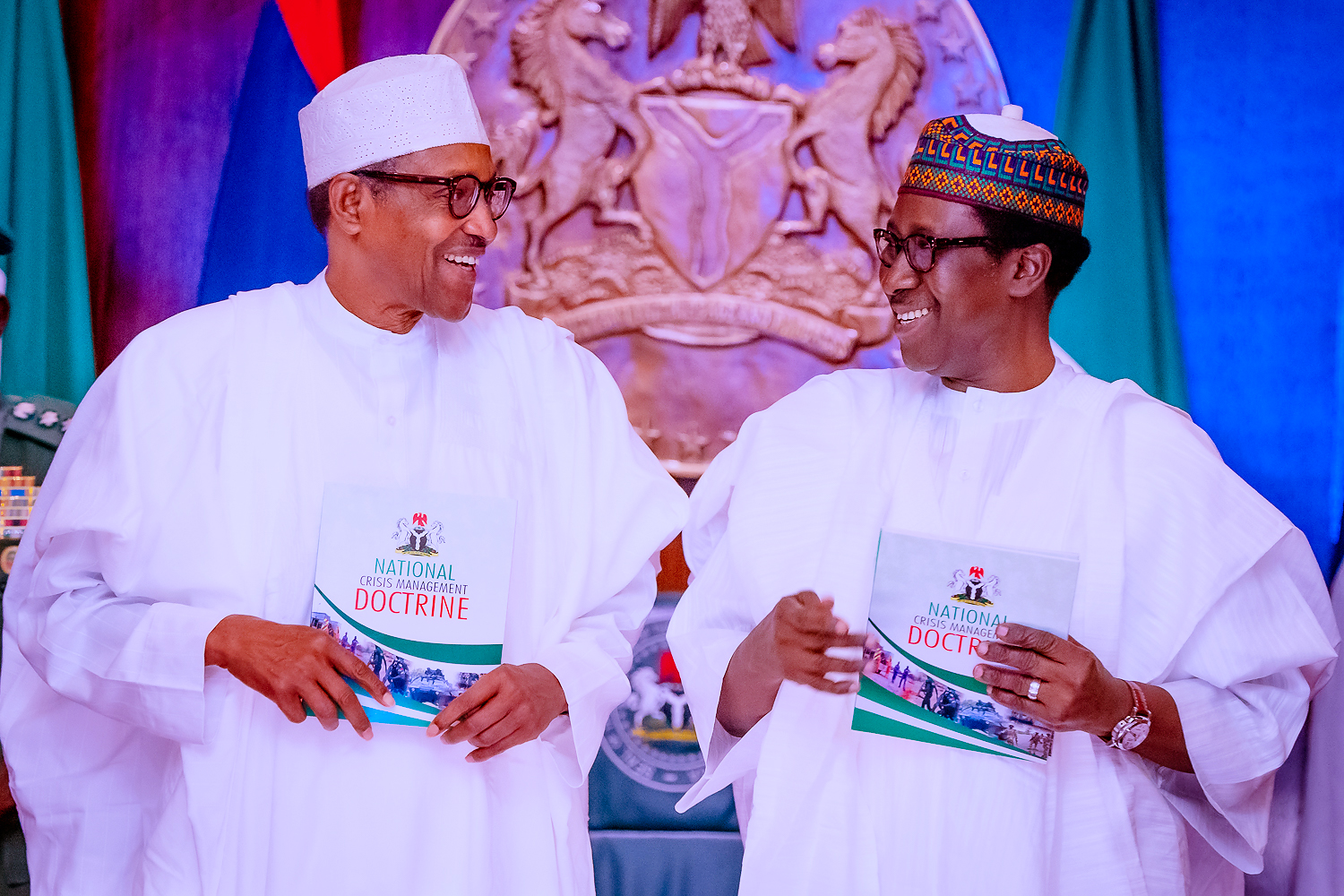 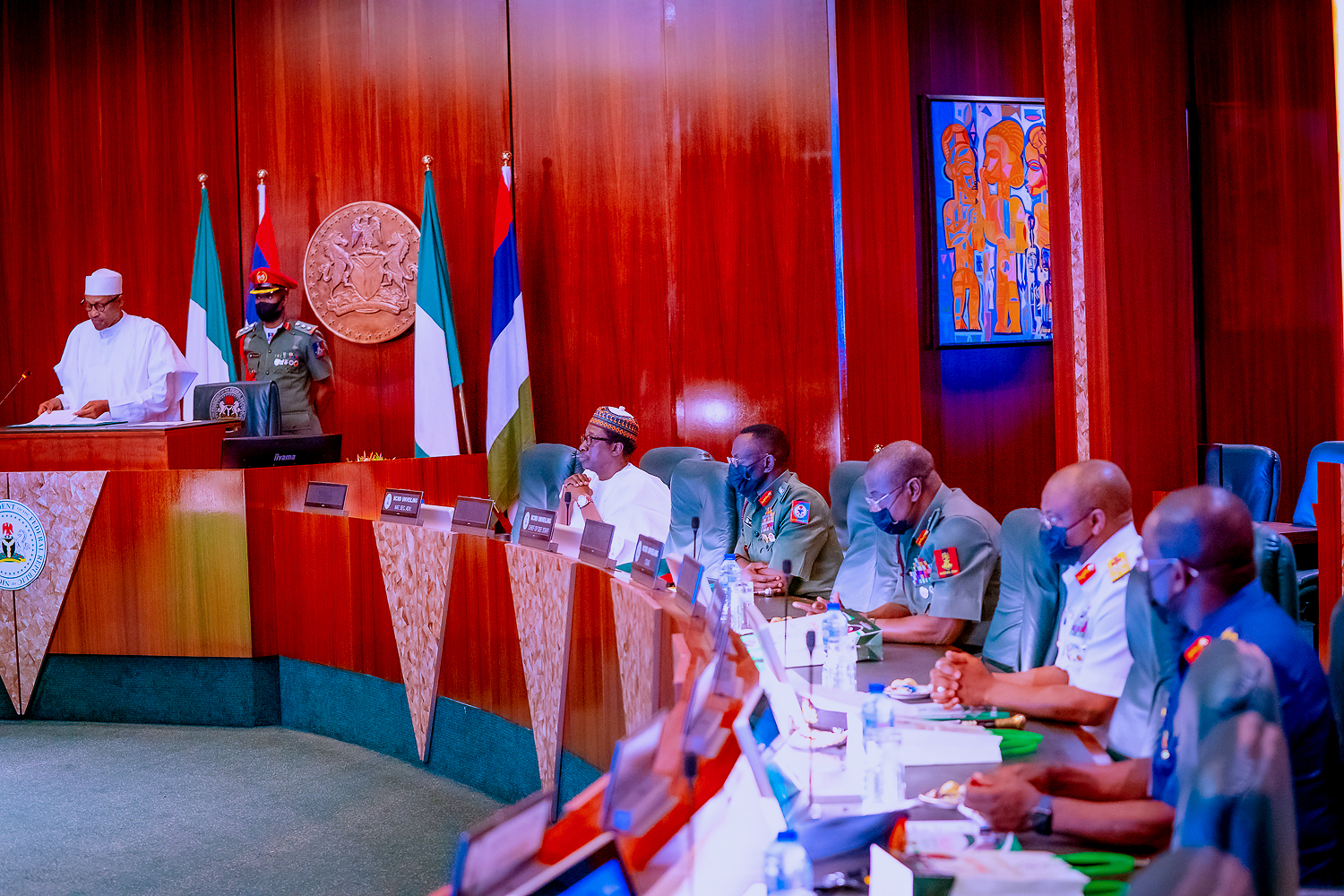 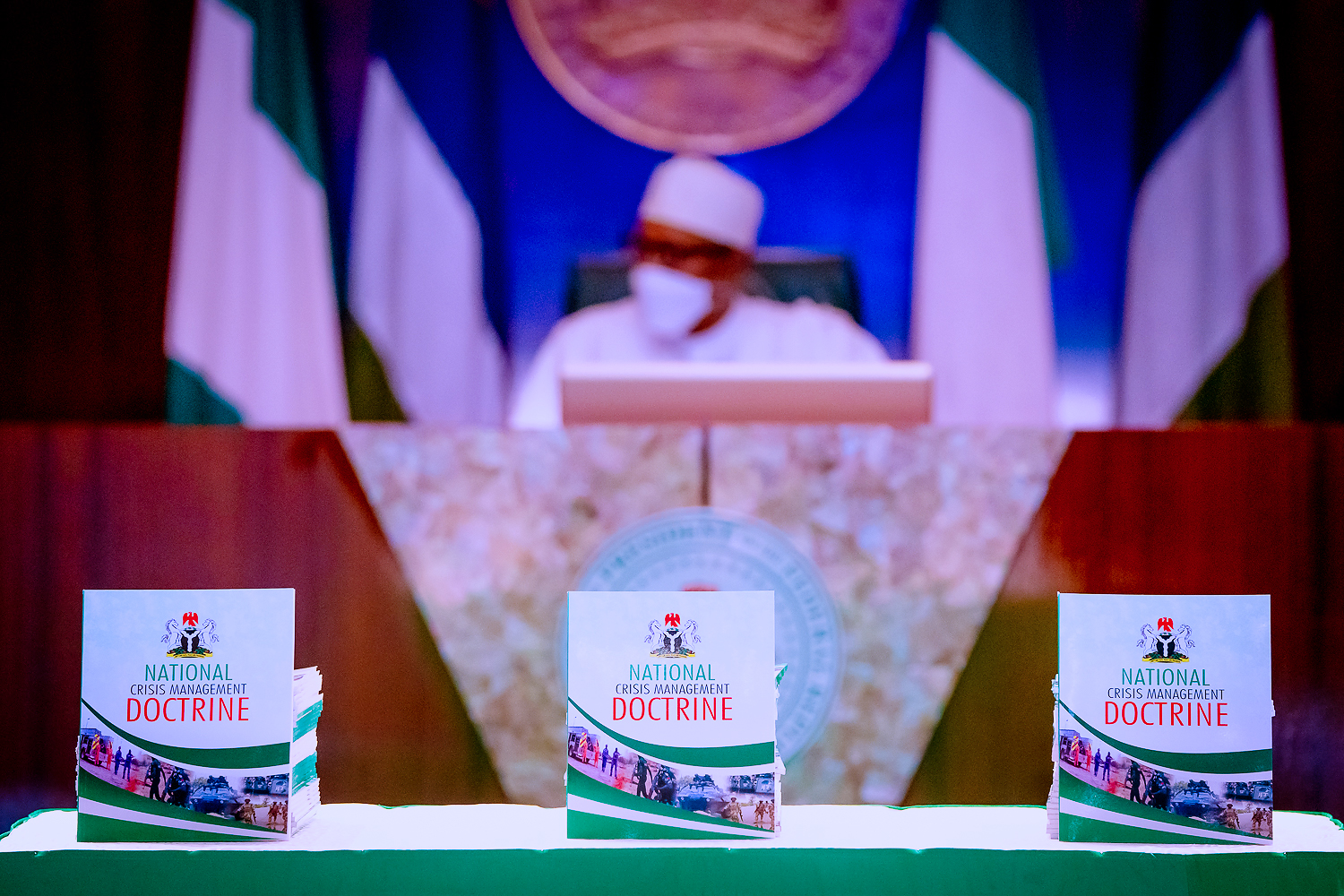 ‘‘The emergence of the Boko Haram terrorist group as well as bandits and kidnappers in Nigeria considerably changed the country’s security situation leaving panic in the minds of the populace. These and other security challenges confronting the nation tend to stretch the deployment of our security agencies, resources and national security apparatus.

‘‘Owing to the dynamics of these crises, the Office of the National Security Adviser revised the National Counter Terrorism Strategy (NACTEST) which I endorsed in August 2016.

‘‘Within this strategy are certain works streams which include the Prepare and Implement strands that seek to mitigate the impact of terrorist attacks by building resilience and redundancies to ensure continuity of business; and a framework for the mobilization of coordinated cross-government efforts respectively.

‘‘I am glad that the Office of the National Security Adviser has not relented in its efforts to implement the NACTEST by coordinating relevant Ministries, Departments and Agencies to develop the National Crisis Management Doctrine,’’ he said.

In his remarks, the NSA explained that work on the doctrine started in 2014 but was given impetus after the President endorsed the revised NACTEST, which has five work streams namely: Forestall Secure, Identify, Prepare and Implement.

Monguno added that the NCMD, which is a subset of the NACTEST, fulfills the work streams to ‘Prepare’ and to ‘Implement.’

‘‘The doctrine provides a detailed methodology for national crises response, outlining how the various relevant MDAs should interact at the strategic, operational and tactical levels.

‘‘It is to be noted that the NCMD can be used to manage both malicious threats and civil emergencies owing to the general principles set out within it,’’ he said.