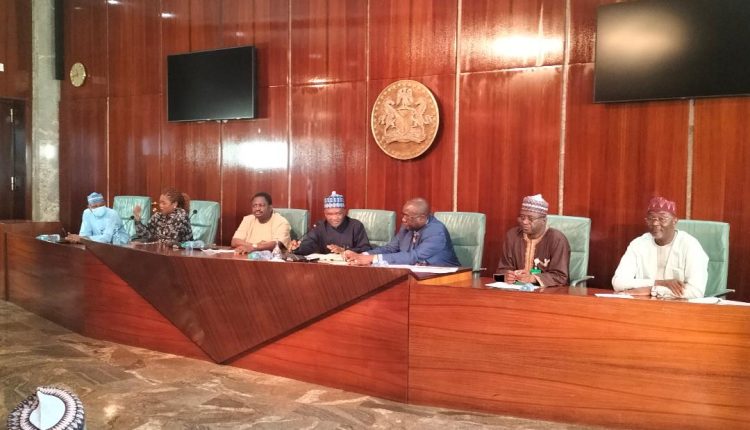 The Minister of Agriculture and Rural Development, Mahmood Abubakar says the Nigerian government is working hard to address the issue of rising prices of foodstuff in the country.

He said this on Thursday while addressing State House Correspondents at the weekly ministerial briefing organised by the Presidential Communications Team.

Abubakar said the current rise in the prices of food is not peculiar to Nigeria, due to the emergence of Covid-19 and the ongoing war in Russia and Ukraine.

He said: “When Covid-19 came, it affected a lot of things including food production and the after effect of that is what we are still facing and that will lag for some time before it is stabilised. I believe the price of rice has dropped a little bit and we are still working on it.

“The whole world is currently reeling out of Covid-19 and now battling the consequences of the war in Ukraine and Russia but things will stabilize. The Ministry of Agriculture is doing everything possible in terms of addressing the problem; we are not relenting so that the prices will come down faster.”

The Agriculture Minister noted with dismay, attacks by herdsmen and terrorists that have denied some farmers the opportunity to go to their farms, especially in the North-West and Central regions of the country.

“It is a concern for the government but if you notice, despite that, still, production has not dropped to any significant level. That is one of the reasons why we have an arrangement for security agents known as Agro-Rangers, who are providing some measures of security so that the farmers will be able to access their farms.

“Truly, if they cannot completely access farms all over the country, you will expect a drop in production but right now we are doing everything possible to make sure both productions are maintained through that security provision,” the Minister assured citizens.

He further said Nigeria remains focused on its plan of ending hunger by the year 2025.

“Of course, we are on track. Who would not want to end hunger?” he said.

On the rate of importation of fish into the country despite the government’s emphasis on local production, the Director of Fisheries and Aquaculture in the Ministry of Agriculture, Dr Samson Umoh, said that is based on the unavailability of some species of fish in Nigeria and the total fish demand for the country.

“And the gap must be filled up therefore, we are engaging the youths, women and all sectors to improve fish production. Apart from the intervention being done by the government, some species are not farmed or found in Nigerian waters; like the mackerel and the stockfish among others, therefore, we have to import them because they are not available in Nigeria,” he explained.

He also said the agriculture sector has contributed a lot to Nigeria’s Gross Domestic Product (GDP), in the last seven years because of President Muhammadu Buhari’s insistence on agriculture as a means of diversifying the economy, in the wake of the fall in the global price of oil.