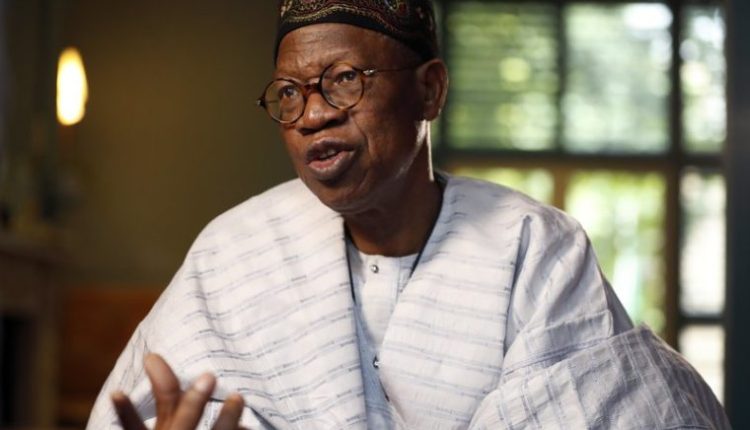 The Nigerian government says it will continue to deploy strategic resources in a bid to sustain the fight against insecurity and building a robust socio economic environment.

This was disclosed by the country’s Information and Culture Minister, Alhaji Lai Mohammed in London during his annual international media tour and think tank engagements.

The Minister also told the international media that the Nigerian authorities have made giant strides in the area of handling insecurity with particular reference to farmers/herders clashes, and the Boko Haram and ISWAP activities in the North East.

The Minister’s first day of the international media tour opened engagement with Reuters News Agency, the Economists of London and London times among others.

The information minister added that the President Muhammadu Buhari’s administration has been able to find workable solutions to the perennial farmers-herdsmen conflicts worsened by climate change, forest desertification and demographic growth.

“Our solutions which can be found in National Livestock Transformation Plan has ranching at its core.

“All we are asking for is for states to cooperate more with the federal government to ensure that ranching take place in their states.

“Evidence has shown that in the states where ranching has been put in place, have less conflicts than the others,” he said.

Still on security, the minister told the media houses that the government is leaving no stone unturned to address the challenges and the efforts were yielding results.

“The success of our gallant military has resulted in about 51,000 insurgents surrendering between January and March this year alone.

“We have also been able to reintegrate about 1600 former fighters who had been able to learn one trade or the other,” he said.

Open up the economy

The minister noted that the administration had taken very bold transformation steps to open up the economy.

He said they massively invested in infrastructure development as key to unleash growth, connect communities and help in breaching the gap between the have and have not.

Mohammed said the signing of the Petroleum Industry Bill into law after twenty years of failures by previous administrations was another success story of the administration.

“With the Petroleum Industry Act, we have completely open up the oil and gas sector to investors.

“Importantly, we are now running NNPC as a commercial venture and we are going to be judged the way any other private company will be judged.

“This is already yielding dividends because a Canadian Trade Commission has already indicated interest to participate in the industry.

“Even oil giants like Chevron, Exxon Mobil , Shell have indicated interest also to come and invest in the oil and gas industry.

“We hope that certain decisions being taken by investing countries and the EU will not negate the gains of PIA,” he said.

The minister added that the 4000km sub Saharan gas line which will deliver Nigerian gas to Europe via Morocco is also a giant stride.