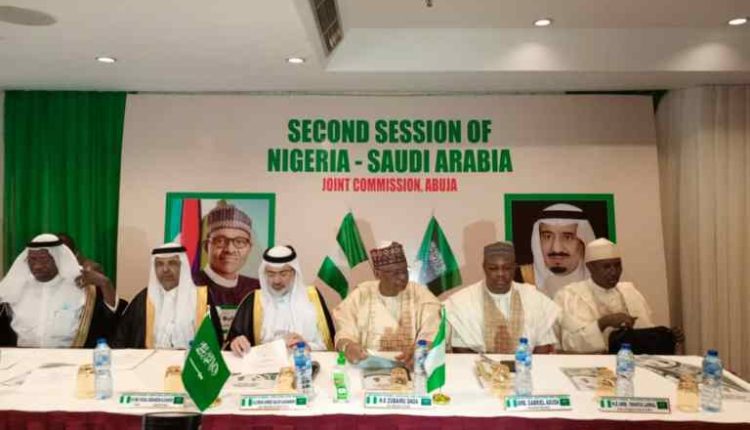 Nigeria and the Kingdom of Saudi Arabia have signed a new Memorandum of Understanding (MoU), on economic and trade cooperation, defence, security and human trafficking.

The signing of the agreements as well as other Memoranda of Understanding [MoUs] which took place in Abuja, Nigeria at the Formal Joint Commission Session and closing ceremony of the Second Session of the Nigeria-Saudi Arabia Joint Commission is in a bid to deepen relations between the two countries

The MOUs on investment, as well as promotion and protection agreement on the avoidance of double taxation were put on hold due to the absence of consensus, during the negations.

The Nigerian Minister of State for Foreign Affairs, Ambassador Zubairu Dada, expressed Nigeria’s commitment to implementing the agreements, and MoUs that the two countries signed, with a view to elevating their cooperation to a higher level. 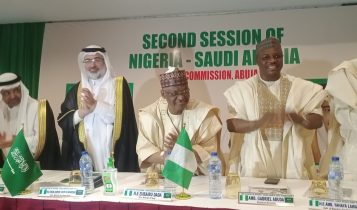 “For the past two days, our experts and officials have been engaged in intensive negotiations on several draft agreements and MoUs presented by our two countries dealing with various aspects of Nigeria/Saudi cooperation. I am happy to learn that the discussions of these drafts were held under three broad Working Groups, covering the fields of Education, Culture, Youths, Sports, Defence, Security, Drugs and Human Trafficking, economics, Trade and Investment, Hajj, Labour, among others, were fruitful. I wish to commend our experts for the good work done. Nigeria is honoured and pleased to have hosted the current Second Session of the Nigeria – Saudi Arabia Joint Commission. It is our firm belief that the conclusions and the outcome of this Session will go a long way in uplifting and advancing the existing level of our bilateral relations for the mutual benefits of our people.”

Nigeria he added, “Is committed to implementing the MoUs and Agreements to be signed today with a view to elevating our cooperation to a higher level. We are also determined to continue discussions and negotiations with our Saudi brothers on the pending MoUs and Agreements which could not be concluded during the current session, particularly those on Investment Promotion and Protection Agreement and that on the Avoidance of Double Taxation”.

The Head of the Saudi delegation and Deputy Minister of the Environment, Water and Agriculture, Ahmed Elkhemshi said the most important incident is that the session witnessed the signing of an agreement between the Federation of Saudi Chambers and the Federation of Nigerian Chambers, to provide opportunities for the private sector of both countries.

Elkhemshi noted, that the MoUs and agreements were based on the desire of the Governments of the Kingdom of Saudi Arabia and Nigeria to enhance joint cooperation, deepen the existing bonds of friendship between the two countries

He explained this would also develop cooperation in economic, social and cultural fields, which was built on civilization background since ancient times

This he said is in addition to the advanced relations between the two countries.

“The meetings of the Second Session were held to complement this role and link bridges of communication between the two countries.

“During the past two days, I had the honour to see the efforts made by both parties during the meetings of the technical preparatory committee for this Session, in which the two sides were keen to reach practical and realistic recommendations and proposals to enhance this cooperation, and to put in place an appropriate mechanism for implementation and continuous follow-up, which resulted in the Minutes of the Session comprising a number of recommendations for cooperation in all fields, and the agreement to resume discussions of a number of memoranda of understanding that will see the light soon,” he concluded.

The Governments of the two countries expressed hope that these meetings would be an appropriate means to review performance, develop appropriate solutions to address obstacles to what has not been implemented, and amend the path towards achieving the desired goals of bilateral cooperation between the two countries.