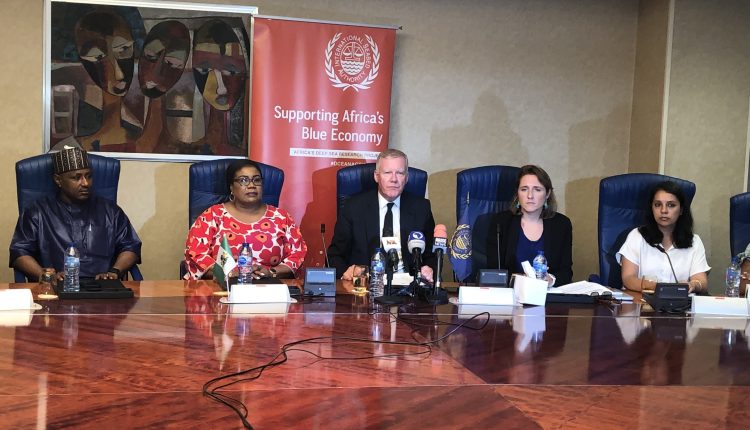 The International Seabed Authority, ISA  in collaboration with the National Boundary Commission and other stakeholders are organising the Fourth Workshop on Africa Deep-Seabed Resources, ADR project, from the 5th to 7th October, to promote a sustainable development of Africa’s deep seabed resources.

This comes as the UN has recognised that sustainable development of deep seabed resources located on Africa’s continental shelves and in the international seabed area could be a key driver for the development of Africa’s Blue Economy.

Secretary-General of the ISA, Michael Lodge, told journalists in Abuja, Nigeria’s Capital, that the workshop will strengthen the capacity of African states in order to promote the effective participation of developing nations in deep sea exploration and ensure that the benefits of marine science and technology are evenly distributed among states.

Mr Lodge explained that the Africa Deep-Seabed Resources project was targeted at assisting and building the capacity of African States for a better understanding of the economic potential of deep-sea resources in the deep ocean.

Nigeria’s Permanent Representative to the International Seabed Authority and Ambassador to Jamaica, Maureen Tamuno, said that the workshop will raise awareness among African countries about the economic opportunities associated with the development of Africa’s continental shelf and increased participation in exploration activities undertaken in adjacent international seabed areas.

During the workshop, discussions will focus on the Legal Regime governing the exploitation of resources and preservation of the marine environment, the maritime delimitation of Nigeria and how to increase regional and international cooperation in support of the sustainable development of Africa’s Blue Economy, amongst others.

The workshop, which will be attended by eight African countries, is hosted by the Nigerian Government and organised in partnership with African Union and the Norwegian Agency for Development Cooperation, NORAD.

The International Seabed Authority, with Headquarters in Kingston, Jamaica,  is a non-governmental organisation with one hundred and sixty-eight member states including fifty-four African countries, mandated under the United Nations Convention on the Law of the Sea to organise, regulate and control all mineral-related activities in the International Seabed area for the benefit of mankind as a whole.