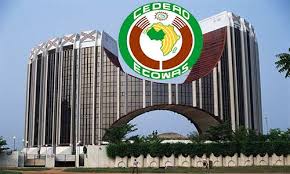 Nigeria has issued a threat to withdraw its membership from the Economic Community of West African States (ECOWAS).

The threat of withdrawal according to Nigeria is due to what it alleges to be lopsided staff recruitments.

Nigeria’s representatives at the ECOWAS Parliament in Abuja, issued the threat when some principal officers in the regional bloc allegedly defied directives and embarked on the illegal process of recruiting their relatives and cronies,

The directive was issued at the 2022 First Ordinary Session of the ECOWAS Parliament.

But Nigerian representatives say the said illegal process of some principal officers recruiting their relatives and cronies is still ongoing.

Nigeria currently houses the headquarters of ECOWAS and remains a major financial contributor to the regional bloc.

The Nigerian lawmakers said the West African nation is yet to realize any significant gains despite its major support to ECOWAS since its inception in 1975.

Leader of the Nigerian delegation to the Parliament and the First Deputy Speaker of the ECOWAS Parliament, Ahmed Idris Wase stated that it has become imperative that Nigeria reviews its relevance and membership of the bloc.

“If you are in a system, and you are not getting the right results where you are investing your money, it pays best to walk out of the union.

In a situation where we are having an infrastructural deficit and witnessing security challenges, why should we continue to invest our money where it will not benefit our country.

“Yes, we will pull out if we don’t get the desired result from this,” Wase is quoted as saying.

He said the lawmakers “are asking for justice not just for Nigerians alone, but for the entire ECOWAS community. That is what MPs are asking for. There are few countries that want to run ECOWAS like a cabal but we will not tolerate that.”

In July this year, the Nigerian Permanent Representative to ECOWAS, Musa Nuhu, wrote to the Speaker of the ECOWAS Parliament, Sidie Mohamed Tunis, to complain about nepotistic employment scandal at ECOWAS.

The letter was titled, “Formal Complaint About Unfair Treatment and Confirmation of Staff at the ECOWAS Parliament.”

Nuhu wrote in the letter that, “I have the honour to refer to our verbal discussion on the above subject matter and formally inform you that the attention of the Permanent Mission of Nigeria to the ECOWAS Commission has been drawn to a number of complaints by Nigerian staff working at the ECOWAS Parliament. The grievances border around stagnation and overlooking of staff already working in the parliament in favour of outsiders in the ongoing recruitment for divisional heads and professional staff.”

The also indicated that “This action directly contravenes the recommendations of the 30th meeting of the ECOWAS Administrative and Finance Committee as well as the position of the Council of Ministers, which directed that internal candidates should be prioritised in filling existing vacancies in ECOWAS institutions, as recommended in the Staff Skills Audit Report.”