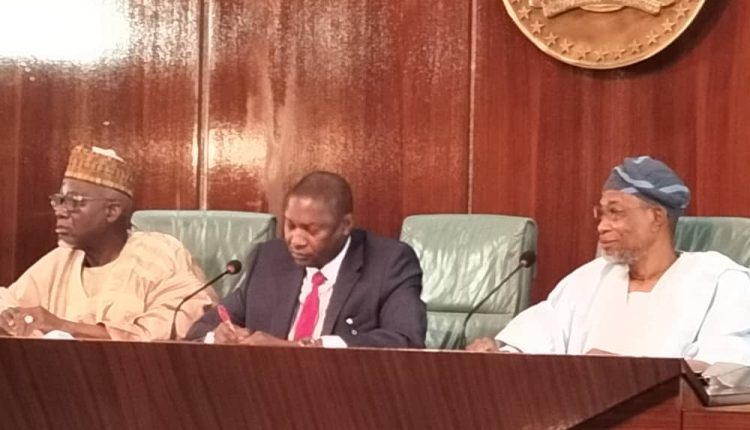 Nigerian Government May Ban Mining and Use of Motorcycles

The Nigerian government is considering banning the use of motorcycles and mining activities across the country.

Minister of Justice, Abubakar Malami, disclosed this on Thursday to State House Correspondents at the end of a meeting of the National Security Council chaired by President Muhammadu Buhari.

He said the move was aimed at curtailing the activities of terrorists, who use motorcycles to perpetrate their evil acts as well as mine solid minerals and use the proceeds to procure arms.

According to Malami, “Placing a ban on the use of motorcycles and mining activities will cut the supply of logistics to the terrorists. This will be done in the national interest. We are Nigerians because Nigeria as a country exists and any issue that will translate into a threat to national security or the corporate existence of the country requires certain sacrifices.

“So, regardless of the means that is being considered for the possible banning, this is a sacrifice that we see as what will help address the security challenges and I think no sacrifice is too big as far as that issue is concerned.

“Above all, if you are talking of banning motorcycles for example, I think the number of people using these motorcycles is not up to 20 percent of the Nigerian population. So if that percentage is called to make a sacrifice that is all pervading or affecting over 200 million Nigerians, I think that sacrifice is not too much and is worthy of being considered.”

The Justice Minister said the responsibility of government was the public interest as against individual interests thus; the bans being considered by the government are in the interest of the nation.

He said government had since discovered that following its blockage of sources of funding for terrorists, the enemies of the State have now resorted to the use of non-conventional sources of funding like mining and collection of ransom, to fund their nefarious activities.

The Minister of Interior, Rauf Atregbesola, who also addressed Journalists, said the preliminary report on the attack on Medium Security Correctional centre in Kuje, Abuja, has been submitted to President Buhari , while the final report was being put together.

He said any person found wanting would face the consequences as stipulated by the laws of the land and conditions of service of security officers and men that were on duty.

“A preliminary report on what happened in Kuje has been sent to the President but a more detailed comprehensive report will come at the end of the investigation. We have identified all those whose action or inaction led to that unfortunate incident and those who have shacked their responsibility will have to face the consequences of their action,” he said.

Aregbesola said sufficient efforts were made at intelligence to forestall the incident at Kuje but there was a problem with the will to carry out instructions regarding the prevention of the attack.

The Minister stressed that whoever was responsible for the failure of defence or security at that facility will face the consequence.