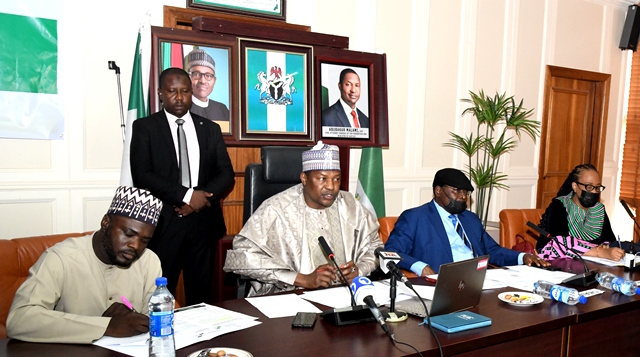 The Nigerian Government in collaboration with other relevant stakeholders are to reposition Borstal Institution and Remand Homes, with the mandate to reform and reintegrate inmates, most especially children caught-up in the web of terrorist and violent extremist activities.

To achieve this, the Ministry of Justice and the Presidential Committee on Correctional Reforms and prison Decongestion and the Nigerian Correctional Services (NCoS) held a one-day stakeholder round session on the review of the Borstal Institution and Remand Centre Act.

The session, according to Nigeria’s Attorney General and Minister of Justice, Abubakar Malami was aimed at a reformatory and rehabilitative system that will guarantee the protection of children in conflicts in accordance with the internationally accepted standards.

Malami stressed that, “the objectives of the review are two-fold. First is to bring the provisions of the Act in conformity with the provisions of the Constitution of the Federal Republic of Nigeria, 1999, the Child Rights Act, 2003, the Administration of Criminal Justice Act, 2015, as well as the Correctional Services Act of 2019. The second objective of the review is to reflect current realities in terms of administrative structures and operational realities in present day Nigeria.”

He noted that, the ultimate objective is to bring the Borstal Act in line with international practices in a way that it will align with the best interest of the child requirements under the United Nation’s Child’s Right Convention.

Represented by Permanent Secretary, Mrs. Jedy-Agba, said, the necessity for the review became even more compelling in view of the ongoing developments “regarding our children entangled in acts of terrorist activities.”

“The Final draft Bill, which will emerge from your joint deliberations, will be presented by Honourable Attorney-General of the Federation and Minister of Justice to the President for onward transmission to the National Assembly,” Jedy-Agba added.

Minister of Interior, Rauf Aregbeola stated that he was concerned by the deplorable state of the Borstal institutions and the constitutional rights of the children in custody and their rights as contained in the Child Rights Act.

Also, Comptroller General of Nigeria Correctional service, (NCoS), Haliru Aliyu, stressed that “Nigeria, being a member of the international community, has ratified the convention on the rights and welfare of child (CRWC) and as such committed to establishing a reformatory and rehabilitative system that will guarantee the protection of children in conflict with the law in accordance with the internationally accepted standard.”

Aliyu pointed out that in such reformative efforts, “the new Act of 2019 has made provision for the Correctional Service to separate male and female Borstal Training Institutions for juvenile offenders in all.”

The Chairman, Presidential Committee on Correctional Reforms and Decongestion, Retired Justice Ishaq Bello said the Act needs to be reformed considering the deplorable situation the detainees face and absence of centres some parts of the country.

“We are here today for the purpose of discussing the bill for the review of the Borstal Institute Act 2004 which we pray after review will culminate into the act of National Assembly.”

The Representative of UNICEF, Mrs. Amandine Bollinger, Child Protection Manager and her counterpart from UNODC said their goal is to see these Institutions reform to international standard and assist the detainees to regain their freedom for betterment of their future.