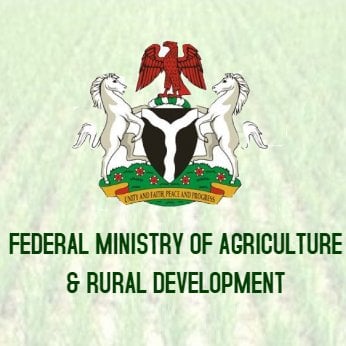 The Federal Government has urged master bakers in the country to utilize Orange Fleshed Sweet Potato (OFSP) in bread making to reduce high cost of production.

The Minister of Agriculture and Rural Development, Dr Mohammad Abubakar, gave the charge in Asaba, at a one-day train the trainers capacity building workshop on OFSP processing and skills acquisition for 50 master bakers and caterers in Delta State.

The workshop was organized by the Federal Ministry of Agriculture and Rural Development(FMARD).

The minister was represented by the Ministry’s Regional Director, South-South, Mr Michael Brooks.

He said that the ministry would continue to train stakeholders across the states of the federation on the need to use OFSP in bread making in the country.

Abubakar said the training would equip bakers with requisite skills to produce bread at a reduced cost, given the rising cost of wheat flour.

He said that Government had articulated programmes through the ministry to continue to support farmers to produce more roots to ensure availability of potato for bakers all year round.

According to him, bread is a staple food in the country, as such, the Federal Government considers it important to, through the ministry, train the major stakeholders to reduce cost of production and create jobs.

“The purpose of the training is to strengthen the capacity of stakeholders on the processing of OFSP into various products through value addition food products development. The immense health and nutritional benefits of OFSP cannot be overemphasised as this could be seen in its good commercial and industrial value in terms of utilisation and being a substitute to wheat flour. Therefore, the training is focused on substitution of wheat flour at the rate of 40 per cent for bread baking and other confectioneries such as cake, biscuit among others,” he said.

Earlier, the Director, Delta Ministry of Agriculture and Rural Development, Mr John Onovroke, lauded the federal government for extending the training to bakers in Delta State.

According to him, the training provides a relief for the impact of COVID-19 scourge in the state and has the capacity to ensure food security.

He said that agriculture remained critical for wealth and jobs creation in the country, adding that the policy for each state to commit 10 per cent of its budget to agriculture was a policy in the right direction.

Onovroke charged the participants to be committed and to ensure the addition of OFSP in bread production to enrich and increase their income.

According to Mr Adegoke Adedamola, National Coordinator, OFSP Value Chain, FMARD, the ministry stepped in to stem the soaring price of bread occasioned by high cost of inputs.

“As we all know today, price of ingredient; wheat, sugar, others have gone beyond the reach of average baker. So, this intervention is to see how this problem can be solved using OFSP to encourage bakers to utilise local content to increase income and create jobs,” he added.

Adedamola said that the policy on utilisation of cassava flour was still ongoing but that OFSP offered bakers more opportunities to increase production ,reduce cost and grow the country’s economy.

They noted that it was absurd for anyone to attach more value to foreign products which had consistently hampered local production due to rising cost when there were better alternatives.

Also, Mrs Mary Anne, took participants on practical session on 40 per cent inclusion of OFSP puree for bread baking and other confectioneries.