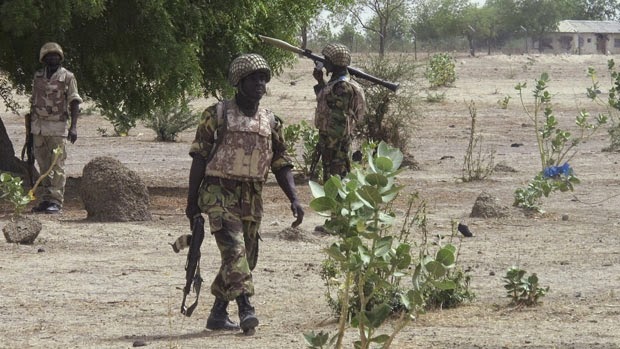 The DHQ made known in a statement issued by the Director of Defence Media Operations, Major General Benard Onyeuko which was posted via its official Twitter handle @DefenceInfoNG on Friday evening, August 5, 2022.

“Notably, on 29 July 2022 based on credible intelligence, troops conducted clearance operation at Tse-Ibor, Tse-Igbakyor, Akwana and Ayinbe Villages in Logo Local Government Area of Nasarawa State and made contact with terrorists.

“In the encounter troops responded with superior fire power, forcing terrorists to flee. The aftermath of the gun battle led to the arrest of  Mr Danladi Selfa, 23yrs and Mr Usman Yau, 28yrs both were with gunshot wounds at a private hospital.

“Items recovered include; 1 AK 47 Rifle, 1 Magazine with 13 rounds of 7.62mm Special amongst others.

“Also arrested was Mr IIiyasu Mohammed, 37 yrs old a notorious kidnapper. All arrested criminals have been handed over to relevant authorities.

“The suspects confessed to have been involved in kidnapping activities in mentioned Local Government Areas.”

Arsenal Gets Premier League Campaign Off To Winning Start