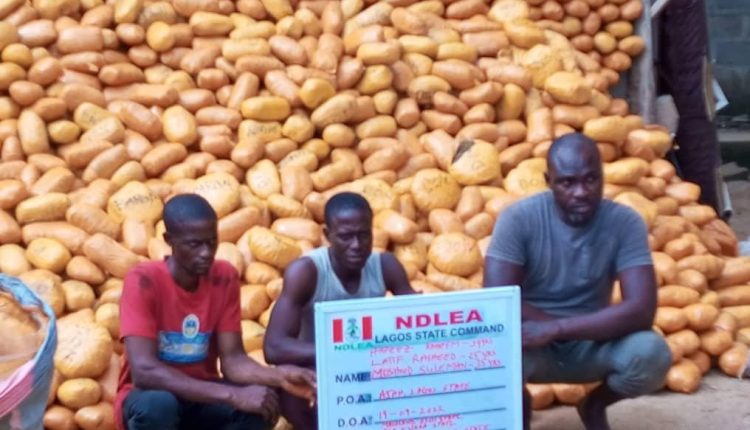 Nigeria’s Anti-narcotics Agency, the National Drug Laws Enforcement Agency NDLEA has arrested 22 suspects with a 75-year-old, Usman Bokina Bajama (alias Clemen), in operations across seven states during which over One Million bottles/capsules of banned new psychoactive substance, Akuskura and tramadol was seized.

The operations also, led to the seizures of 2,536 kilograms of cannabis with over 10 hectares of its farms destroyed in Edo and Adamawa states. 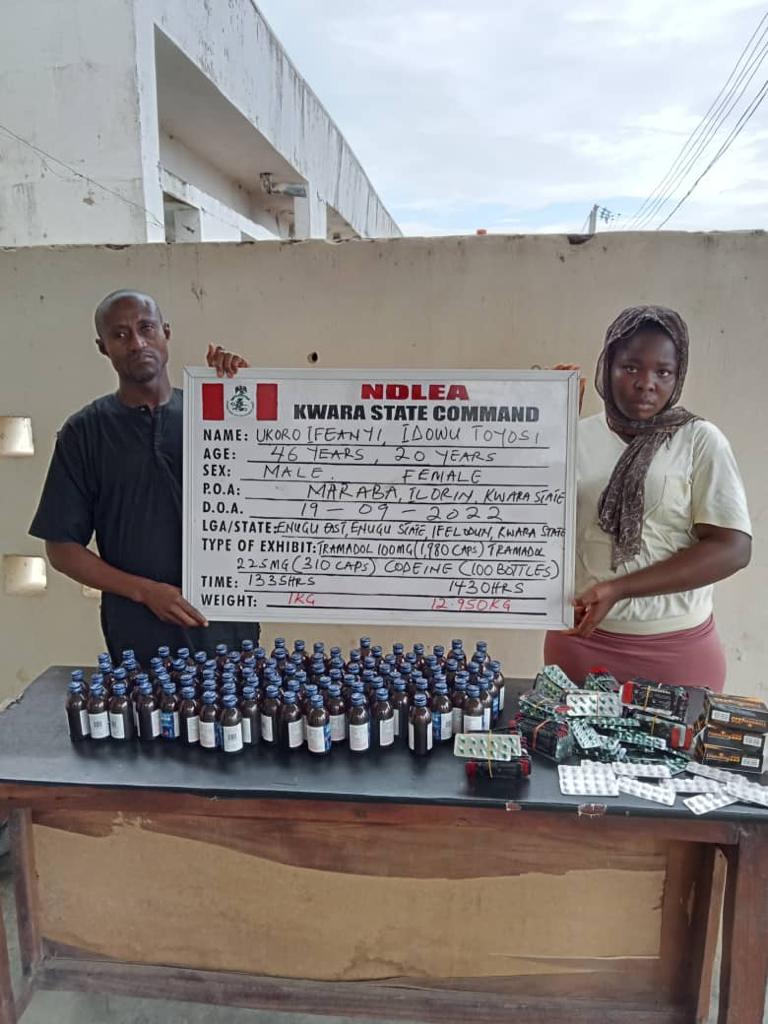 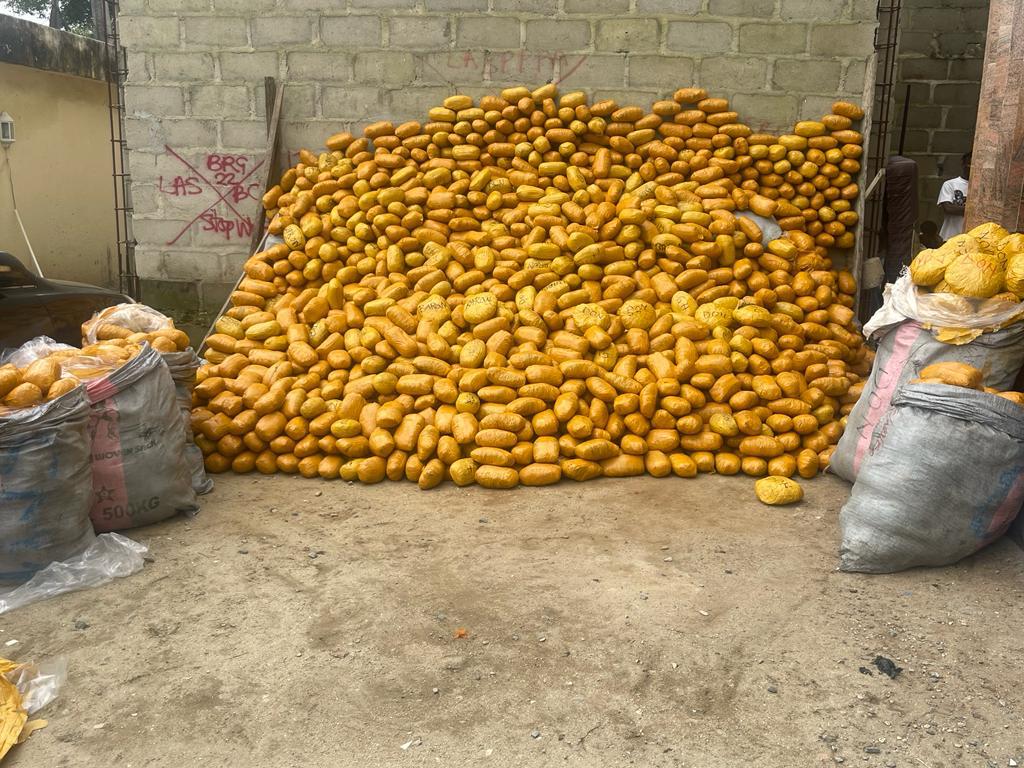 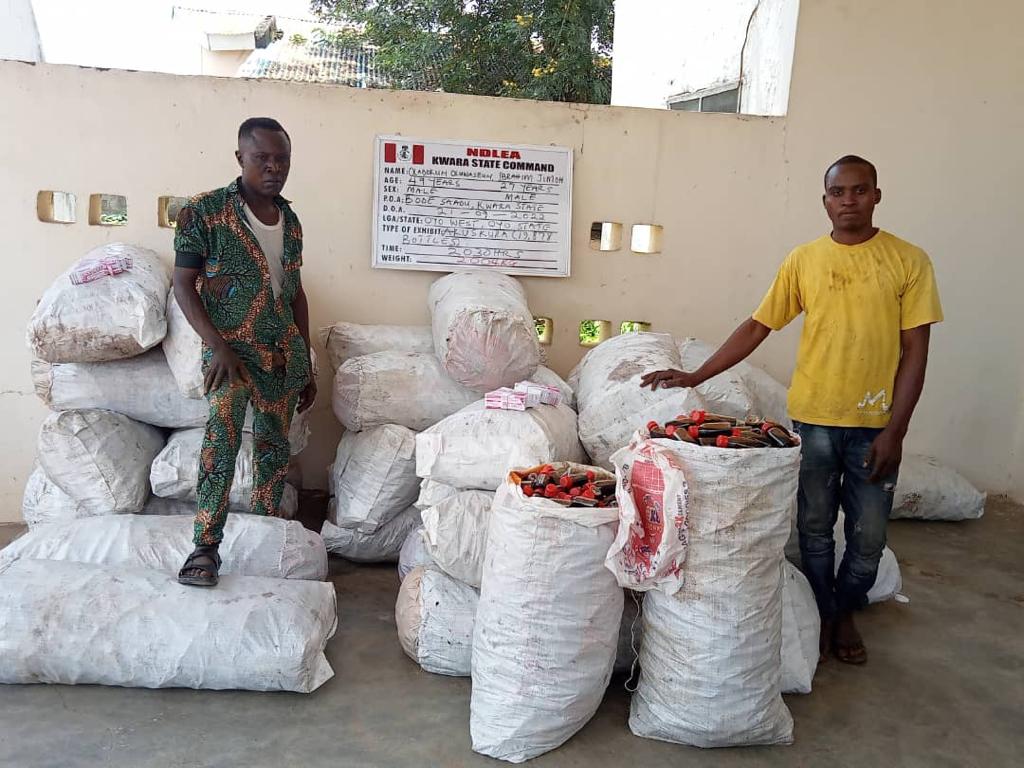 Spokesperson for the agency Mr Femi Babafemi disclosed this in a press statement in Abuja, Sunday.

The statement said, the septuagenarian was arrested in the early hours of Tuesday 20th September at Anguwan Sate, Mararraban Tola, Mayo Belwa council area of Adamawa state North East Nigeria, where 49kg of the illicit substance was recovered at his  cannabis plantation farm.

“They claimed the consignment packed in 35 jumbo sacks was loaded in Ibadan, Oyo state, and meant for distribution in Jos, Plateau state.

“Earlier, two suspects: Ukoro Ifeanyi, 46, and Idowu Toyosi, 20, were arrested with 2,290 capsules of tramadol and 100 bottles of codeine-based syrup at Mararaba park, Ilorin,” As contained in the statement .

Also, at least, 979,119 capsules of expired pregabalin weighing 733kg were recovered from one Musbahu Ya’u, 28, and five others at Dansarai area of Kano, while in Enugu, 197.8kg cannabis was recovered in a store at new market, Enugu on Tuesday 20th September.

In the same vein, 117.7kg of the psychoactive substance was intercepted along Okene-Abuja expressway in a truck coming from Lagos to Abuja.

In Edo state South West Nigeria, six cannabis farmers were arrested when NDLEA operatives stormed their farms at Chigbite, Utese forest in Ovia North East LGA and Ekudo forest, Uhunmonde LGA, where over 10 hectares of cannabis plantation were destroyed and more than 193kg of the processed illicit substance seized.

The Chief Executive of NDLEA, Brig. Gen. Mohamed Buba Marwa (Rtd) commended the officers and men of affected commands for their resilience, while charging them and others across the country to remain vigilant and committed to the collective goal of saving Nigeria from the drug scourge.