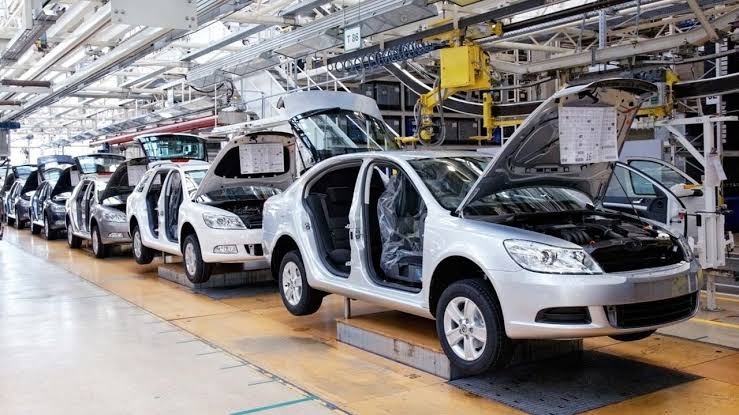 Last updated Nov 28, 2022
0 500
Share
The Nigerian government says over 1 billion US dollars has been invested by various automotive companies to produce vehicles in Nigeria.
The Director General, National Automotive Design And Development Council, NADDC Mr Jelani Aliyu who said this during a media chat with journalists in Abuja said assembly plants have been built in Lagos, Ogun, Akwa-Ibom, Kaduna, Kano states and many other places.
“I believe the automotive sector has delivered because we have asked investors to invest and produce vehicles, so companies like Innoson stepped in and Elizade stepped in, Nord, GAC, JAC Mikano, Dangote Senior trucks, Dangote Peugeot and many other companies have stepped in and put in all this money with the capacity to produce these vehicles.”
“That is why they have a combined production capacity of over 400,000 vehicles per year. Yes, they’re not producing 400,000 But they can given the right opportunity in the right market 400,000 vehicles per year.”
Mr Aliyu explained that although National Automotive Industry Development Plan, NAIDP is being implemented in Nigeria, KPMG international consortium is currently reviewing the plan to make it more applicable globally.
“We’ve had stakeholders outside Nigeria review the policy, and I must say even those that are foreign say that this is actually the best model policy we have seen for Africa.” He said.
“We hope that very soon Honourable Minister Niyi Adebayo will present this policy reviewed NAIDP to both National Economic Council and the Federal Executive Council.”
The NADDC boss also said  the Council built 18 automotive training centres in different parts of the country to train Nigerian youths to become professional technicians and mechanics and create jobs.
“We started with just six one in each geopolitical zone, we started with Oshogbo in the southwest, then in Benin, south south, then Abakaliki southeast, then northcentral Lokoja  northeast Bauchi and then  Northwest Gusau and Zamfara,” he stated.
“We have equipment coming in from Germany from our supplier, very high end equipment.”
Mr Aliyu noted that talks are ongoing with automotive industries in Nigeria not just to produce vehicles, but to produce the components that go into making these vehicles.
“When we had the opportunity to go to Japan, we did engage potential parts manufacturers and suppliers,” he said.
Automotive IndustryINVESTMENT