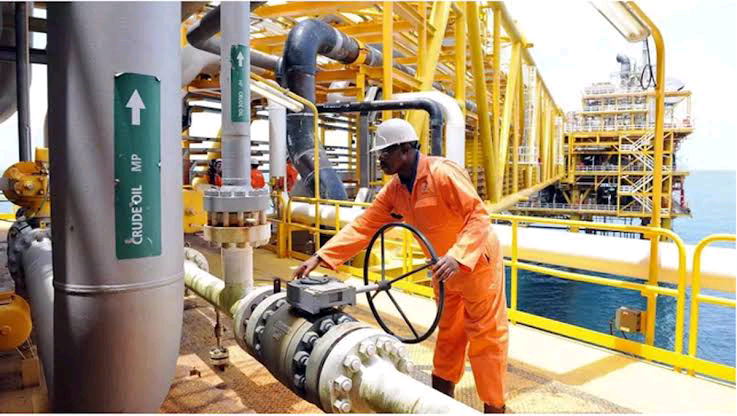 Crude oil, often referred to as “black gold”, was first struck in Nigeria in 1956 at Oloibiri, now part of Bayelsa state, in the Niger Delta Region of the country.

This followed a long period of search by Shell-BP. With the discovery, Nigeria became an oil producing country, joining the ranks of Saudi Arabia, Iraq, Angola and the United States, among others.  Its first oil field came on stream in 1958 producing 5,100 barrels per day.

Nigeria, from available records, is the 10th largest oil producer in the world and the third largest in Africa. For decades, the country’s economy has been largely dependent on the product. As a matter of fact, oil and gas accounted for 90 percent of export income in the first quarter of 2022 and 85 percent of government revenue in Nigeria, thereby confirming the country’s position as a mono-product economy.

According to the United States Energy Information Administration, Nigeria’s oil reserves are estimated at between 16 and 22 billion barrels, but other sources claim there could be as much as 35.3 billion barrels.

With about 606 oil fields, most of the crude oil in Nigeria comes from numerous, small producing wells, located in the swamps of the Niger Delta. This has extended to areas in the southeast and south west, as well as the Chad Basin, which have all also witnessed the coming on stream of several oil fields.

Beyond its massive support of Nigeria’s economy since 1960, in the area of job creation, the oil industry alone has created over 65,000 direct jobs and more than 250,000 indirect jobs which have taken countless Nigerians out of the labour market.

Nigeria’s petroleum is mostly classified as “light” and “sweet”, as it is largely free of sulfur. The most popular grade is known as “Bonny light.” There are also other grades which are named according to export terminal. These are Qua Iboe, Escravos blend, Brass River, Forcados, and Pennington Anfan.

As at 2010, Nigeria provided about 10% of overall U.S. oil imports and ranked as the fifth-largest source for oil imports in the U.S. However, Nigeria ceased exports to the US in July 2014 because of the impact of shale production in America.

The oil and gas industry in Nigeria is however replete with challenges.  These include environmental issues in the Niger Delta, largely attributed to the carelessness of the international Oil Companies.
The slow poisoning of the waters of the Niger Delta region and the destruction of vegetation and agricultural land by oil spills which occur during petroleum exploration, pose a big challenge to the sector.

The Department of Petroleum Resources in Nigeria DPR, now known as the Nigerian Midstream and Downstream Petroleum Regulatory Authority, NMDPRA, estimated that about 1.89 million barrels of petroleum were spilled into the Niger Delta between 1976 and 1996, out of a total of 2.4 million barrels spilled in 4,835 incidents.

On a daily basis Nigeria loses over one million barrels to corporate oil thieves. For several years, oil companies based their total production figures on unconfirmed volume estimates, using dipsticks to make volume calculations. This method of calculation is easily susceptible to manipulation by mere altering of the physical properties of the crude at the export terminal facilities. This type of calculation is replete with errors and leaves much to be desired.

There have however been a lot changes in the sector domestically and globally since the reform efforts of Nigerian Government began about 20 years ago. The reforms are to holistically restructure and revamp the industry for smoother operations, ease of doing business, encouragement of local content, as well as, for greater productivity and viability in line with international best practices.

The reforms are meant to enhance transparency, good governance, and accountability in the administration of the country’s petroleum resources. They are also meant to take care of the economic and social development of host communities, environmental remediation and create a business environment conducive for oil and gas operations in the country.

With the operationalization of the PIA, it is expected that adequate infrastructure, security, affordable fuel pricing, consistent funding, reliable gas supply and also non-interference in the role of the Nigerian National Petroleum Corporation (NNPC) in the performance of their mandates, will be achieved.

Nigeria should also invest more in renewables and new energy technologies. The stipulation that 30 percent of the profit of NNPC Ltd. should be used to fund frontier basin development to include renewable energy as a frontier, is a good start.
There’s also need for the establishment of a science, technology and innovation  fund to develop new energy sources in the face of climate change and net – zero emissions targets.

On the whole it is hoped that an environment more conducive for the growth of the petroleum sector will be created, while the legitimate grievances of communities most impacted by extractive industries will ultimately get better attention.

Flamingoes depart for U-17 W/Cup in India