In a statement released, the LMC handed a N3 million fine on 3SC for their fans’ assault on a sports journalist Tobi Adepoju. It also asked the club to pay a compensation of N500,000 to the attacked journalist.

The LMC said 3SC failed to provide and ensure effective security leading to the breakdown of law and order after the home fixture against Remo Stars. 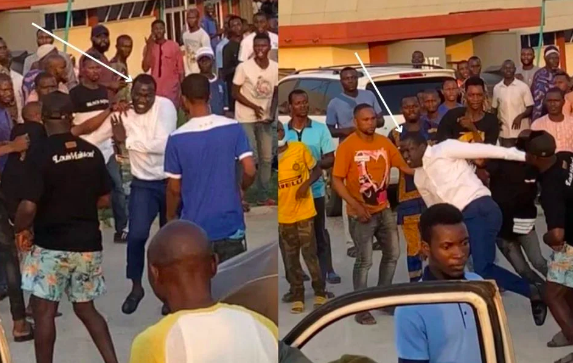 “The Club has been fined a total of N3m plus a N500, 000 compensation to Mr. Adepoju for lost valuables and medical bills and their stadium has been closed to fans for the remaining fixtures of the season, while a further breach will lead to their being directed to play outside the Southwest,” the LMC said in a statement, saying 3SC breached Rule B13.52 and  Rule B8.21 and Rule C1.1 of the LMC Rule Book.

“3SC also stands the risk of two points deduction to last for a probational period ending with the season while the Media Officer, Tosin Omojola, and Kits Manager, Mr. Majolagbe Kolawale have been expelled from all NPFL related activities for a minimum period of 12 months in the first instance.”

Shooting Stars apologised to Adepoju over the incident, pledging to investigate the assault. They also condemned a comment credited to the team’s Media Officer Tosin Omojola, appearing to justify the attack. 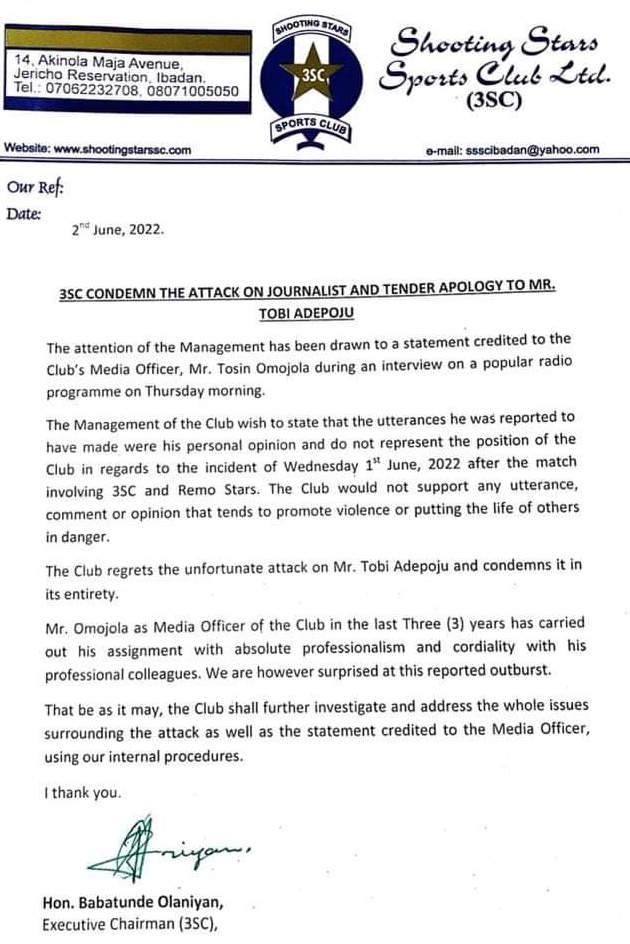 “The Management of the Club wish to state that the utterances he was reported to have made were his personal opinion and do not represent the position of the Club in regards to the incident of Wednesday, June 1, 2022, after the match involving 3SC and Remo Stars,” 3SC said in the statement signed by their Executive Chairman, Babatunde Olaniyan.

“The Club would not support any utterance, comment, or opinion that tends to promote violence or put the lives of others in danger. The Club regrets the unfortunate attack on Mr. Tobi Adepoju and condemns it in its entirety.”

The Ibadan club was also found to have failed to provide adequate security for match officials before, during, and after the match, resulting in the harassment and intimidation of the referees.

3SC were also charged with a failure to contain and control their fans after the match, resulting in disturbances including the attacking of a journalist, Tobi Adepoju, which the LMC described as “an act capable of bringing the game to disrepute.”

The club was also charged with breach of the peace agreement brokered by the LMC between the two clubs with regards to guaranteeing peace, order, and fair play during matches between the two.

The LMC also warned that 3SC also stand “the risk of two points deduction to last for a probational period ending with the season, while the Media Officer, Tosin Omojola, and Kits Manager, Mr. Majolagbe Kolawale have been expelled from all NPFL related activities for a minimum period of 12 months in the first instance.”