Plateau United missed the chance to close the gap on Nigeria Professional Football League (NPFL) leaders Rivers United, as the Peace Boys failed to win a home match for the first time this season, drawing 1-1 with Gombe United at the Jos Stadium.

The match day 34 NPFL fixture saw coach Fidelis ilechukwu’s men miss a last minute penalty to claim all three points After a goalless first half dominated by the hosts, Andrew Ikefe finally broke the deadlock in the 60th minute for Plateau United.

However, the lead lasted only for 10 minutes as Ibrahim Yahaya pulled equalised in the 70th minute for Gombe United. Plateau United put pressure on the visitors as they were desperate for all three points points in a bid to close the gap on Rivers United.

In the closing stages of the game, Plateau were handed a lifeline with a 90th-minute penalty kick. Unfortunately, Nenrot Silas fired wide to the dismay of the fans at the Jos Stadium.

With the one point, Plateau United are still second on the log with 61 points from 34 matches, while Rivers United have 71 points from the same number of games. 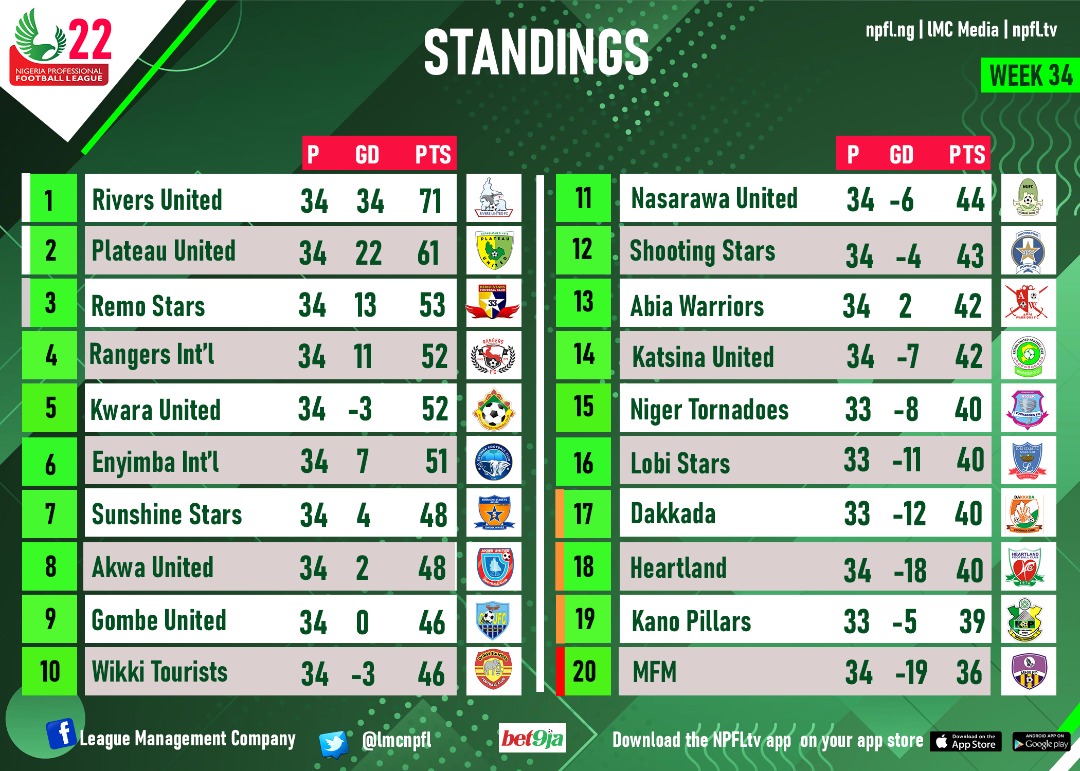