Rivers United are champions of the 2021/2022 Nigeria Professional Football League (NPFL) with four games to go after second-placed Plateau United suffered a 2-1 defeat to Akwa United in Uyo, with new Super Eagles head coach Jose Peseiro in the stands.

Plateau United’s loss means they will finish behind Rivers United as the Port-Harcourt team now leads with 10 points. The Stanley Eguma-led team has 71 points to Plateau United’s 61.

The Fidelis Ilechukwu’s- Plateau United had been on the trail of the league leaders Rivers United for a long time but failed to keep up the momentum after Leo Ezekiel’s last-minute winner rendered Jesse Akila’s equaliser of no consequence. 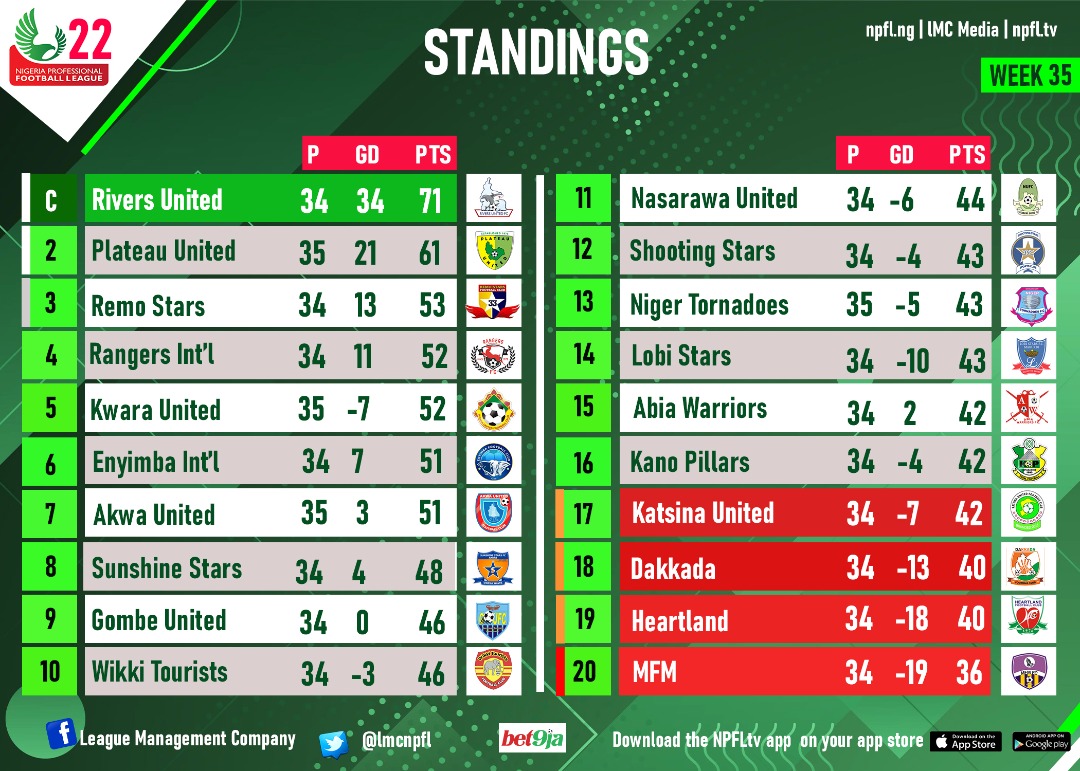 INEC Boss says 2023 election will be the best