The Nigeria Professional Football League (NPFL) concluded on Sunday as Rivers United were crowned champions of the 2021/2022 season with Plateau United finishing second, while Remo Stars made the last CAF Confederation Cup spot in third. Katsina United and Heartland have been relegated from the league.

Rivers United forward Chijioke Akuneto scored from the spot to record his 19th goal of the season, finishing as the highest goalscorer for the season.

Katsina United and Heartland have now been relegated on the final day of the campaign after a tough campaign in the top flight.

Katsina United, who lost 2-0 to Wikki Tourists in Bauchi, finished in the 17th position on the table with 48 points. Heartland finished in 18th position with 47 points, despite beating Kwara United 1-0 at the Okigwe Township Stadium.

Kano Pillars and MFM FC have already been relegated to the Nigeria National League (NNL). The Kano Pillars finished the season with 45 points after a 3-point deduction for violent conduct in a home match. 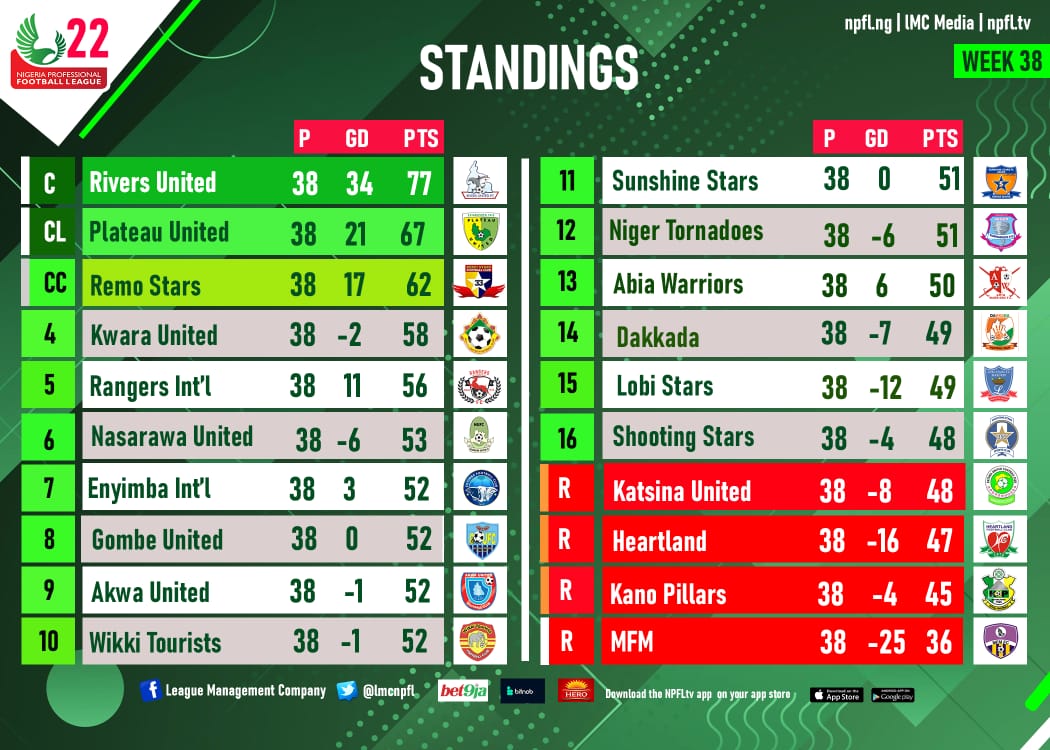